I can understand rappers and other moguls want to diversify so they can get more money or whatever they are calling it in new rap videos today. I would think that you wouldn’t want to be associated with jail or prison if you were famous, but for a rapper it seems you have to go to jail or prison to be cool. 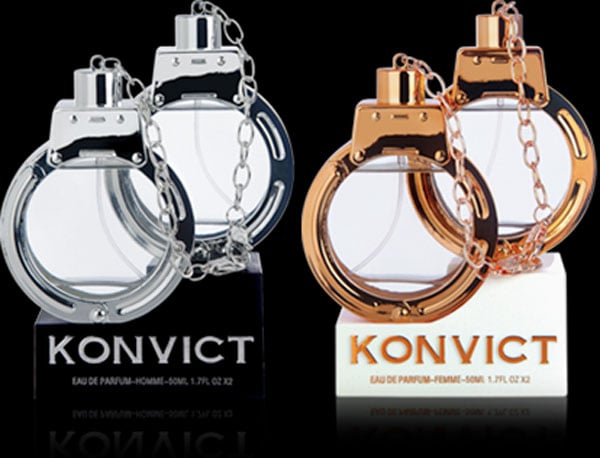 Akon has unveiled his new fragrance called Konvict for men and women. The men’s variety comes in two silver bottles that look like handcuffs joined by a chain. Each bottle has 1.7 ounces of the scent. The ladies version is in a pair of gold handcuffs. I wonder if it smells like weed and malt liquor.

You can buy either version for $49.95 right now. In related news, the rock band Tool is releasing its own scent based on its popular song “Prison Sex” shipping in a bottle shaped like a giant glass cock. The fragrance will sell under the name Ben Dover for Men.