Currently in beta, Gaikai will let gamers try out all sorts of games and software – Eve Online, Mario Kart, WoW, Photoshop – with only a browser and Flash as requirements. No need to install anything. Sound familiar? The truth is that Gaikai and OnLive are quite similar: both are cloud-based gaming services – their servers handle everything from hardware to software, theoretically enabling users to play the latest games over a broadband connection without the need to have the latest hardware or even the game itself. But Perry claims that Gaikai has a more palatable marketing strategy. 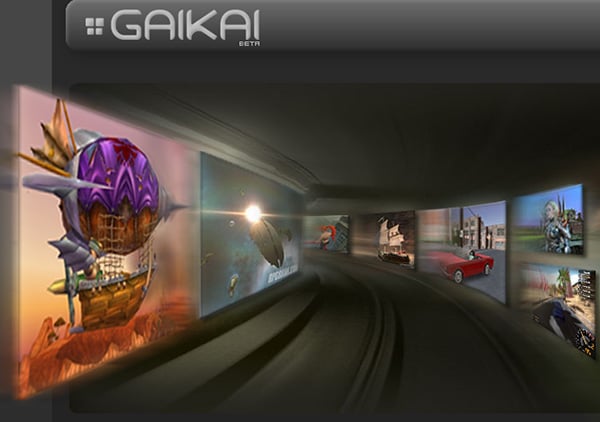 Co-founder Dave Perry says that Gaikai wants to work closely with game publishers, whereas Onlive’s marketing strategy is to go up against the console makers. OnLive recently revealed their pricing scheme: $15 a month, aside from the cost of purchasing games. Perry thinks that OnLive will kill itself. Gaikai on the other hand, seems to be more of a way for publishers to let customers try their games using as little equipment as possible –  an internet connection, a browser and Flash. Watch Dean Takahashi interview Perry as the latter fiddles with Gaikai (very weird name by the way).

So what is Gaikai’s push? Perry revealed a bit of the company’s plans in an interview with Eurogamer. The plan is for Nintendo, Sony et al to leverage Gaikai’s technology to let users try games for free, again using only a browser and Flash: “Say you’re going to Nintendo.com. We’ll actually look at your geographical location, see we’ve got a server near you, and pop up a button that says ‘play Mario Kart now’. You click the button, up pops Mario Kart and you can play it… Our objective is to make you fall in love with Nintendo and have a great time playing Mario Kart. And this is the big difference. We’re not running the games, it’s the publishers running the games. We supply the service to them to let them do this.” But at the same time, as you can clearly see in this demo, Gaikai is also considering something very similar to what OnLive is offering:

So… it seems that Gaikai offers a much simpler interface than OnLive and that the company is offering their tech to game publishers. But the question here is: will there be a dedicated Gaikai service for gamers similar to what was shown above, or will the tech be found embedded in publisher’s websites? Or will it be both? And if there will be a Gaikai service what then makes it different, marketing wise, from OnLive? So many questions.