Washing machines use a lot of water; all you have to do is open the lid of your machine while it’s filling up to see that. The good news is all that dirty water leftover from removing the skid marks from your skivvies goes down the drain. 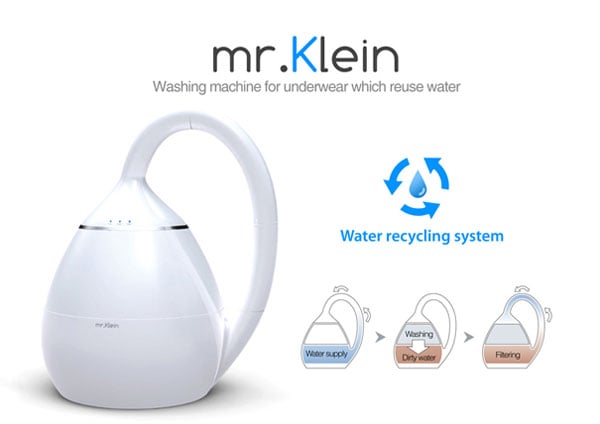 A new concept washing machine over on Yanko Design called Mr. Klein promises to save water by reusing the same old water to clean multiple loads. If a washing machine used for cleaning your underwear uses the same water repeatedly, it seems more brown than green to me.

The concept apparently uses some sort of filtration system to remove the contaminants from the water before it reuses it. I hope the thing uses the same sort of filter than NASA uses to filter urine before astronauts drink it. I am also highly disappointed that a concept named Mr. Klein in no way resembles a bald, ripped, pirate.