Brainport Allows the Blind to See With Their Tongues

It looks like the BrainPort vision technology has now been tested on humans. It will now allow the visually-impaired to “see” things using their tongues! 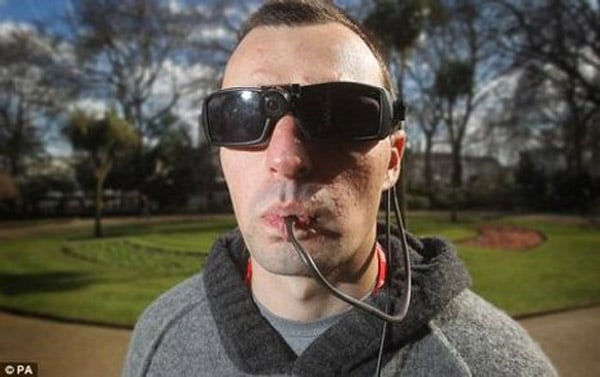 The human test subject was a soldier, who was blinded in Iraq. The system consists of a small video camera attached to a pair of sunglasses. This is then connected to a device which is placed on the user’s tongue. 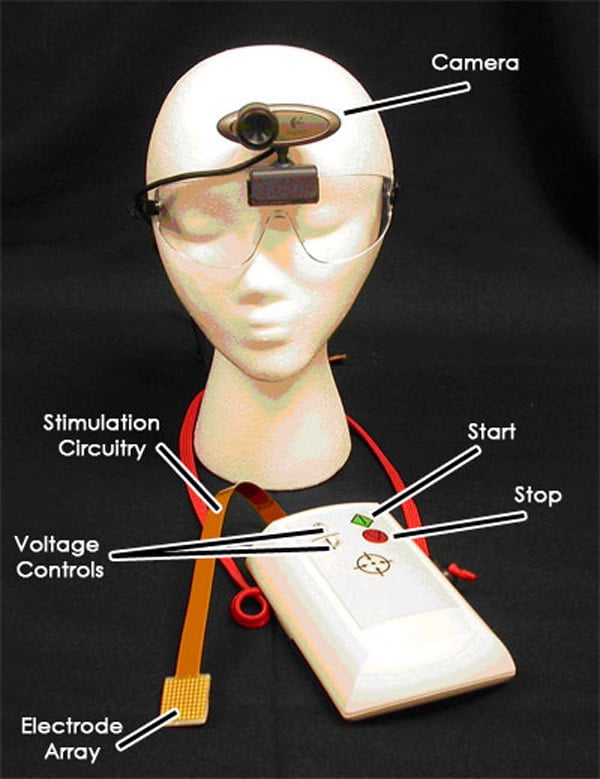 BrainPort converts visual signals into electrical impulses which are sent to the tongue. The intensity of the signal allows the user to figure out how close obstacles are in his or her path. I was actually trying to imagine how a tongue could “see”. It turns out that there’s a lot more to this technology than just sending jolts to your tongue…

“With the current system (arrays containing 100 to 600+ electrodes), study participants have been able to recognize high-contrast objects, their location, movement, and some aspects of perspective and depth. Trained blind participants use information from the tongue display to augment understanding of the environment. Our ongoing research with the BrainPort vision device demonstrates the great potential of tactile vision augmentation and we believe that these findings warrant further exploration. As a result, we are currently working on improvements to the tongue display hardware, software, and usability,  and on overall device miniaturization.”