Living With the Hp Touchsmart 600: Part 2

As I mentioned the other day, I’ve been spending the last couple of weeks using the HP TouchSmart 600 PC as a standalone entertainment system. In the first part of this story, I shared my experiences with the TouchSmart’s HDTV and DVR capabilities. Today, I’ll be telling you how the TouchSmart fares as a replacement for your Blu-Ray or DVD home theater. 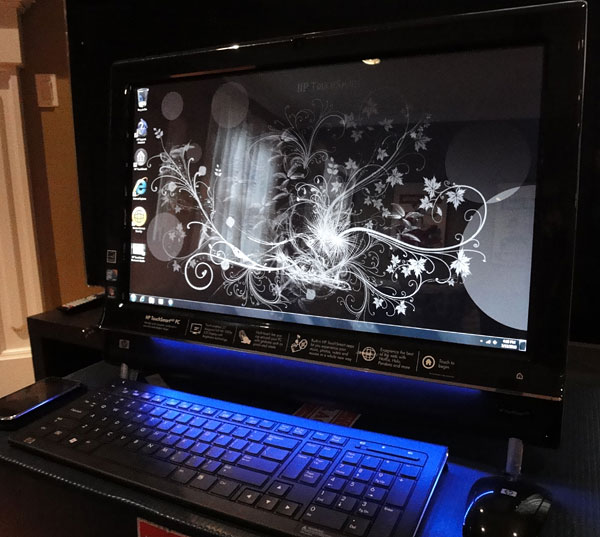 So to refresh your memory, the TouchSmart 600 features a large 23-inch 1080p BriteView LCD screen, which can also double as an HDTV. For movie playback, the system has a built-in Slot-loading Blu-ray player, which can also burn DVDs. 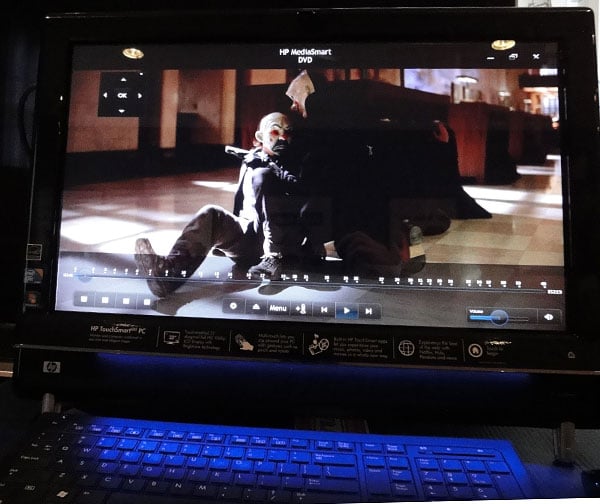 I put the Blu-ray player through its paces with a copy of The Dark Knight, which really looks beautiful on the wide, bright screen of the TouchSmart. The interface for movie playback is clean and simple, and lets you use the touchscreen to control the play, pause, volume and scrub controls for your discs. I also like the little visual chapter indicators on the scrub bar. I did find one minor annoyance with movie playback – when you press any on-screen control, a floating D-pad controller comes up in a separate floating window, and you have to close it separately – it doesn’t fade out like the rest of the controls. I also couldn’t figure out a way to get the advanced menu features on my Blu-ray discs to play, so if that’s important to you, you should research this further. And why the app is called “MediaSmart DVD”, even though it plays Blu-ray discs is anyone’s guess. No biggie. Still, it looks great, and if you’re looking for content to show off the screen, this is it. 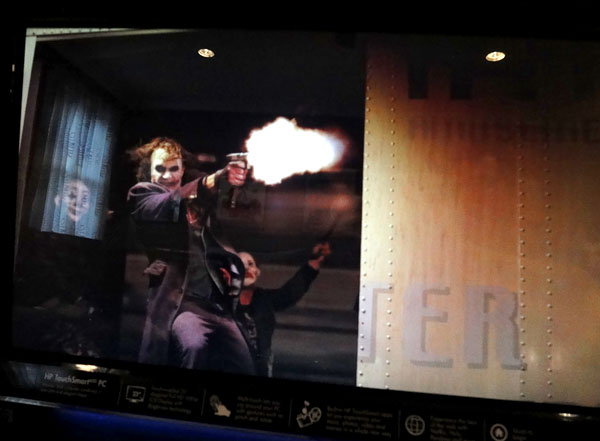 The other day, I tried the TouchSmart with both over-the-air HD broadcasts and a direct HDMI connection from my PS3. But once you pop in a native 1080p Blu-ray disc, you’ll really see this thing shine. There’s really no comparison in image quality to any other video format besides a digital 1080p file. 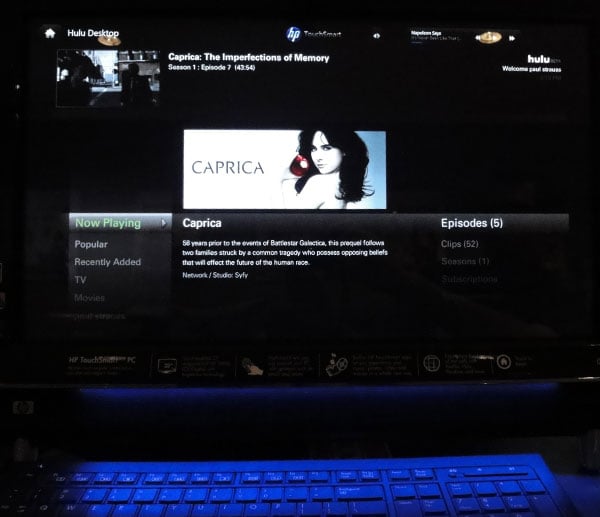 In addition to physical media playback, the TouchSmart software also includes applications for Hulu and Netflix. Both of these apps work great, and the TouchSmart Hulu app offers a cleaner interface than the standard web-based version. It also offers touch-based controls which make it easy to select content and scrub through scenes with just your fingertip. There’s also a nice little image thumbnail that pops in as you scrub through the scene to help you navigate. It takes a second to refresh, but once you get a hang of it, it’s pretty slick. 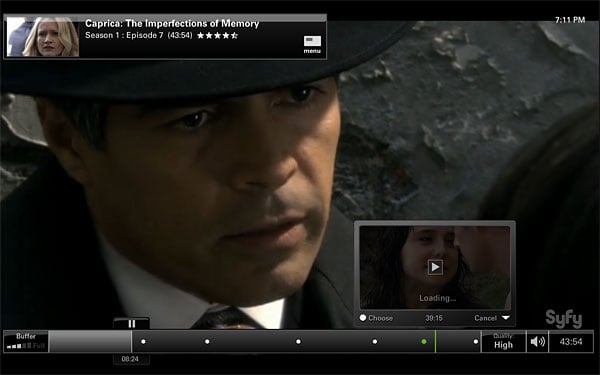 By comparison, the Netflix app is pretty austere. It looks very nice, and offers smooth playback of standard-def content in your Instant Queue. I still wish that Netflix would allow you to modify their instant queue in their viewing apps though. For now, you still have to surf to Netflix.com or use one of the myriad Netflix phone apps to edit your queue. 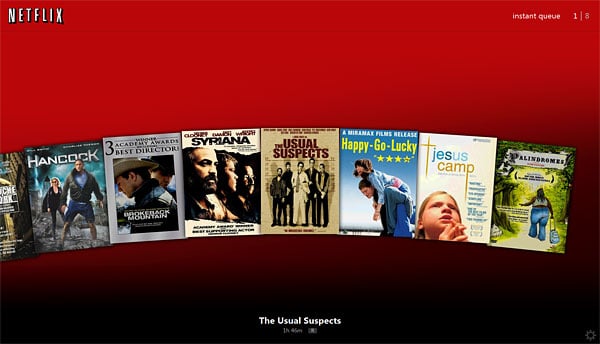 The Netflix app does have a clean, simple cover-flow like interface for selecting movies using their DVD box art, and when a movie is playing back you can scrub with your finger and see preview stills to guide you through your movie. 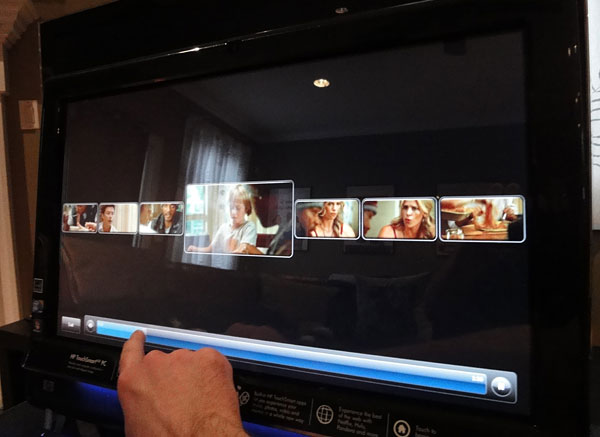 Video playback on both Netflix and Hulu were smooth over my 802.11n wireless network on my 6mbps DSL connection. However, I didn’t see any streamed content beyond SD resolution on these services. At least not by my naked eye. That said, the TouchSmart handles HD streamed content from sites like YouTube without a hitch – just not in the TouchSmart interface.

I didn’t get a chance to check out surround playback during movies, but the TouchSmart does offer a SPDIF optical output which should provide your surround system with what it needs to engulf you with big movie sound. The speakers inside the TouchSmart are more than capable of projecting sound in a small room, such as a bedroom or den though.

If you were just looking for a Blu-ray player and a 23-inch LCD monitor, you could probably score both of those for less than $500 total. But remember, the TouchSmart 600 is a true multi-purpose computing and home entertainment device. You can surf the web, play digital media files, listen to Internet radio (more on this in my next post), play your game consoles, and do everything else you’re used to doing with a Windows 7 PC in one box. Not too shabby in my book.

In my next post, I’ll be telling you how the TouchSmart handles your digital music collection and my conclusions on the system. Stop back by later this week to find out more. And don’t forget, if you read all of the articles, you’ve got chance to win a TouchSmart 600 too.