The guys over at LEGO-fan site Brothers Brick came across these new LEGO sets based on this Summer’s much-anticipated Prince of Persia: Sands of Time motion picture. 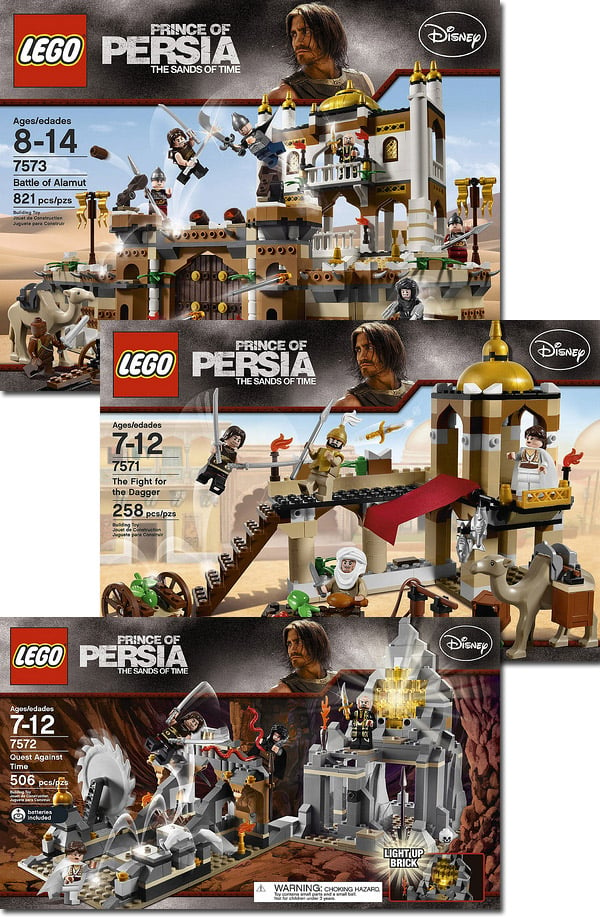 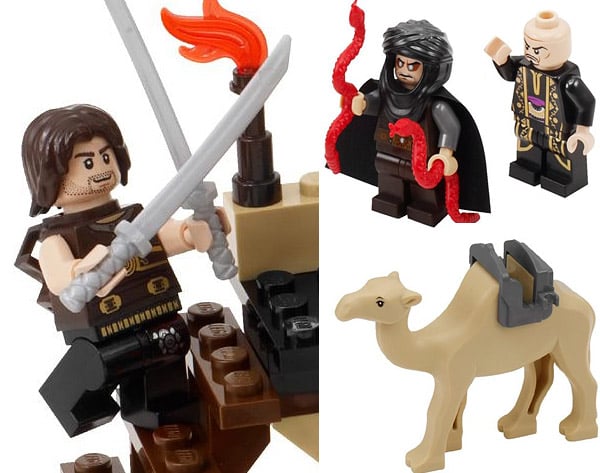 While you can’t see rippling muscles on Jake Gyllenhal’s tiny minifig body, he definitely has the facial stubble and mop-top befitting a tiny action hero. I mean what’s the last time you saw a LEGO set that includes a giant spinning saw blade and a guy coming at you with a pair of snakes? Get your credit cards out now.