You’ve probably seen a few photos from this year’s Shanghai Expo floating around the Internets. It’s a really big event that’s going on right now in China. It looks like the expo is using the services of the Hai Bao robot to welcome visitors. 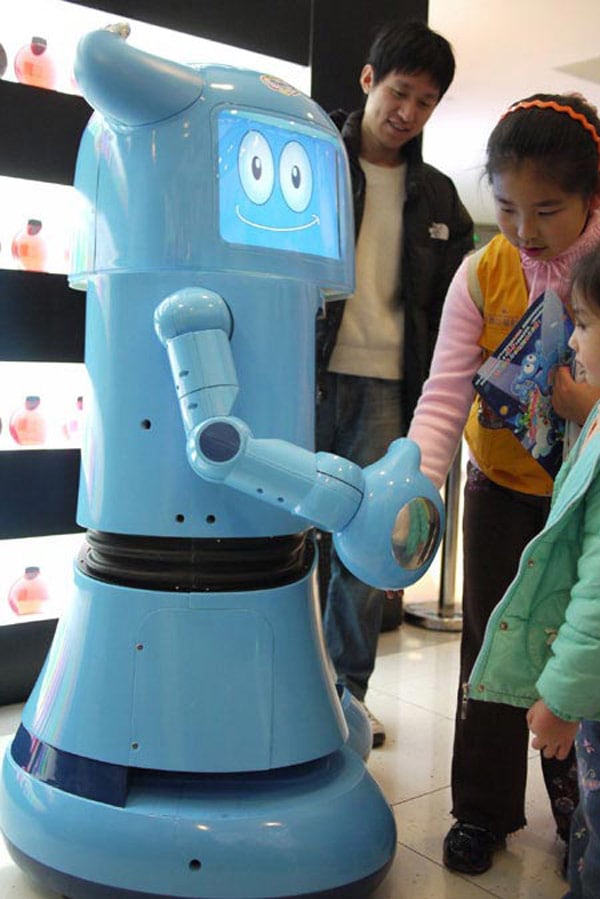 Hai Bao was designed by researchers at the University of Zhejiang. It can speak 6 different languages. The screen doubles as a face and enables it to take photos of visitors. 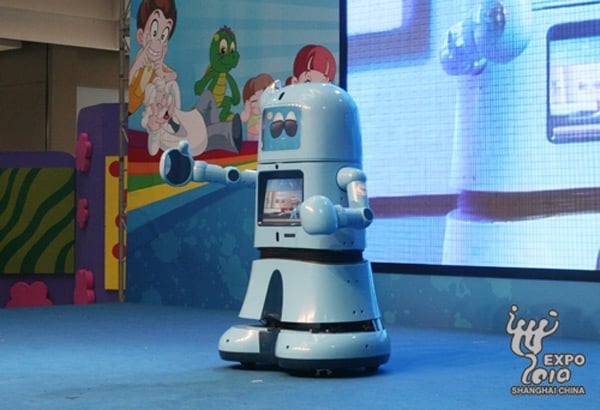 Speaking of the Expo, I really like the British pavilion, which is called the Seed Cathedral. But enough of that! Let’s watch Hai Bao in action…

Hai Bao is basically an entertainment robot and designed to interact with tourists. It can do simple quizzes, perform a dance routine, tell jokes, and sing songs. Multiple Hai Bao robots at the Expo can lead tours together and perform a sort of caricature of the changing of the guard, as well as do group dance performances.