I have two kids and when they were sick as babies, I usually didn’t get any sleep. The lack of sleep was typically more from my wife waking me up every five minutes asking me to go check on the baby to be sure he was still breathing. Typically I would say “of course he is breathing” and try to go back to sleep. It never worked because her paranoia is contagious and I would end up thinking OMG! What if he isn’t breathing and run to his room. 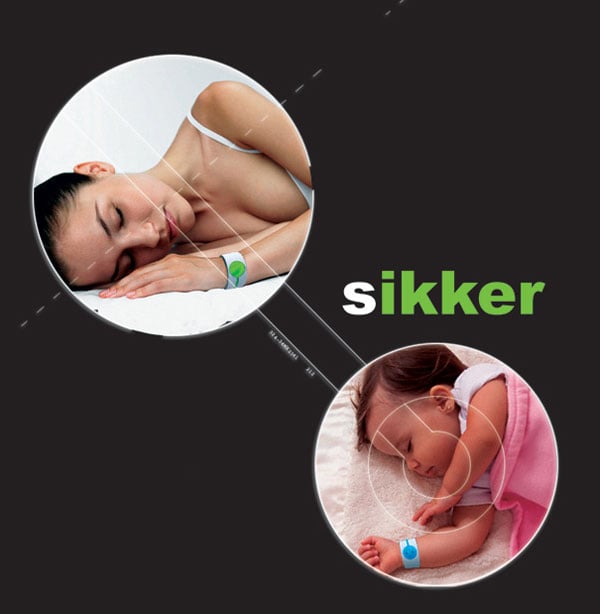 What I wish I had was something like this Sikker concept from Thanko Design. The thing has a bracelet that the mom wears and a similar one for the baby to wear. The idea is that some sort of tech synchronizes the bracelets with a base station.

The mom can look down at the bracelet and see important things like the baby’s temperature and the fact that the baby is breathing and stuff. The bracelet can also play music to lull the kid back to sleep and apparently it works like a baby monitor too. Judging by the Bluetooth logo on the base station, I am guessing that’s the tech in use here.