I don’t know about you, but sometimes I think the whole DIY movement has gone a bit to far. Take, for instance, this kit which lets you make your own cola (presumably, just like the cavemen had to do.) 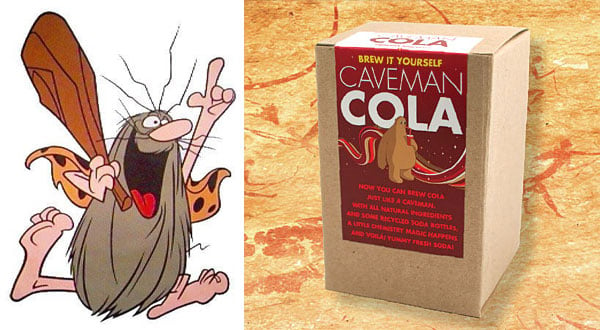 The Caveman Cola kit includes the key ingredients for making your own competitor to Coca-Cola and Pepsi (that’s more than likely going to taste worse than warm RC.) Inside the box is some cola extract, yeast, a brewing funnel, labels for your cola concoction, along with the instructions for making your science experiment work. You’ll need to provide some unnamed “natural ingredients” (I’m assuming some sugar, food coloring and the like), as well as your own bottles.

You can find the Caveman Cola kit over at Copernicus Toys for $13.99 (USD). Or you could just buy a 12 pack of Coke a few dollars less.