Nintendo Wants Ds in Schools in Japan, Forgets Every Japanese Kid Already has One

… possible even two. Legendary video game designer Shigeru Miyamoto told Forbes that he’s “devoting” himself to finding out more ways to get the Nintendo DS as well as the Wii into schools. Miyamoto also said that Nintendo will start “to roll out the Nintendo DS system in junior high and elementary schools in Japan starting in the new school year.” 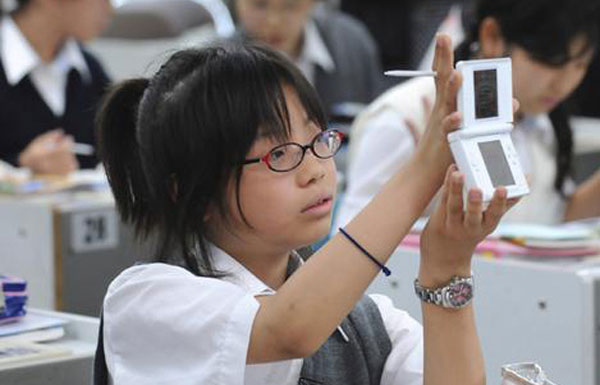 That statement cracked me up; makes it sound as if the schools in Japan don’t have any say in the matter. But I guess it’s worth a try, to keep kids stay focused on their studies and not on distractions, like gaming.

This isn’t the first time that Nintendo has marketed the Nintendo DS as a learning aid, but a Miyamoto educational game or software? Learning’s about to get a lot more fun.