Even though “cute aliens” are the idea behind Franco Brambilla‘s art, what I really find interesting is the funny vignettes into which Brambilla has injected these Star Wars vehicles and ships. 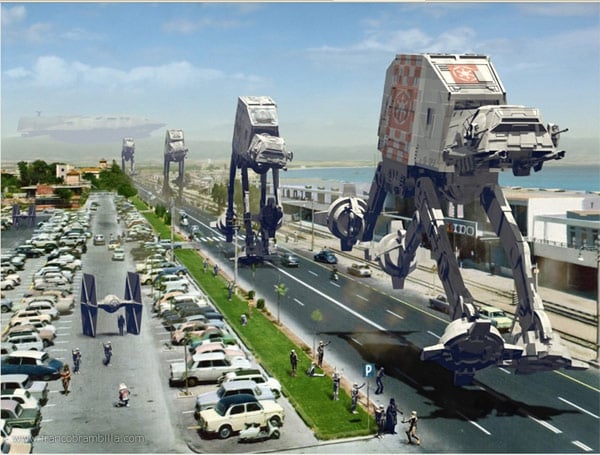 I’ve never considered an AT-AT or an AT-ST cute, but these paintings, which are supposed to look like postcards, made me chuckle. At first, I had to look a few times to realize what I was looking at. 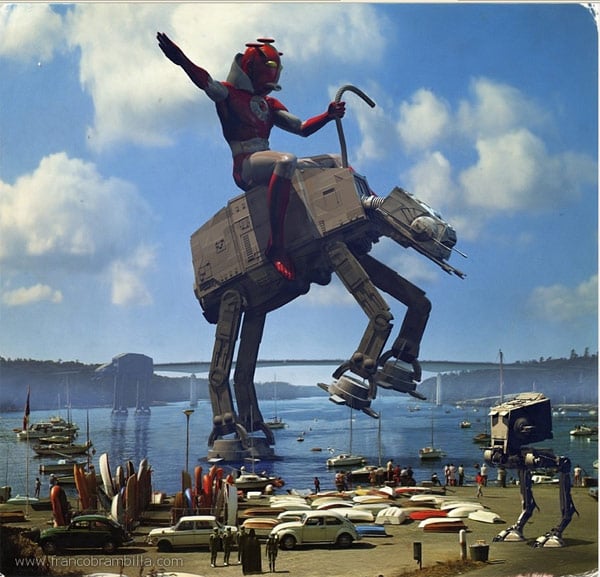 What’s really cool is that these funny postcards are available in a variety of ways, from limited edition prints via his website, to actual postcards and calendars. There are even t-shirts! Brambilla’s project was started in 2007 and is still ongoing. Let’s hope it keeps on going.