It’s kind of fitting that there is now a robot that will combine robotics with the iPod Touch. If you think about it, it actually makes sense. People have their iPods with them almost everywhere, and it’s a perfect device to have as the heart of a robot since it can access WiFi networks and the Internet. 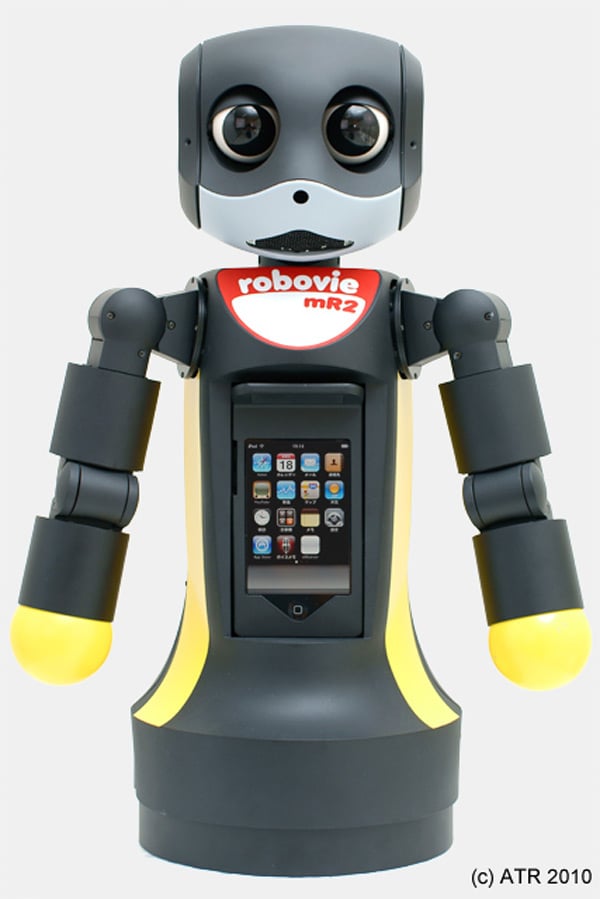 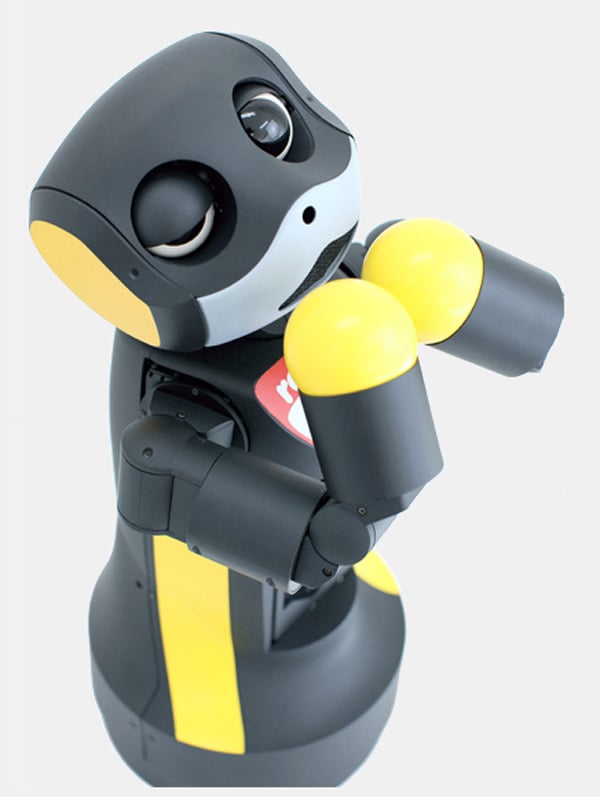 The robot can be controlled via the iPod when it’s in the chest cavity or via WiFi or Bluetooth, and Robovie mR2 can find its way around using an array of built-in sensors and microphones. You can see it in action here.

Maybe it should have an iPhone in its belly instead of an iPod Touch, so it could make calls for you too.