I’ve certainly seen plenty of trucks and emergency vehicles on the road with signs that say “do not follow,” but I never really understood why they say that. Now here’s a vehicle that really needs one of those signs. 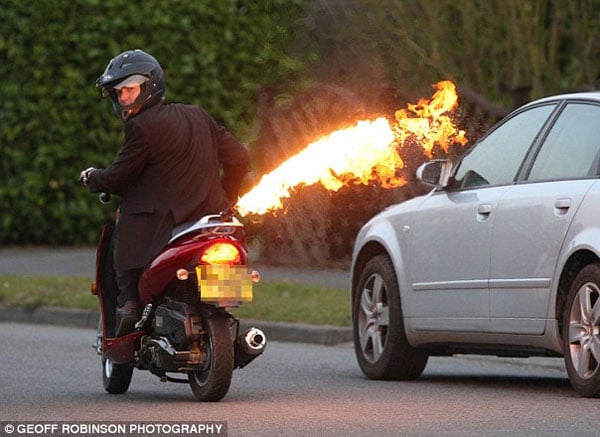 UK scooter rider Colin Fruze is apparently sick and tired of tailgaters, and decided to finally do something about it. You see, he’s outfitted his moped with a rear-mounted flamethrower that can shoot fire up to 15 feet from the rear of his motorcycle.

According to Colin, “The flames are pretty big… and you could definitely set fire to someone’s car if you wanted to… The only problem is it can get rather hot if you are riding the moped and blast the flames when the wind is in the wrong direction.” Uh, yeah. That could get ugly. 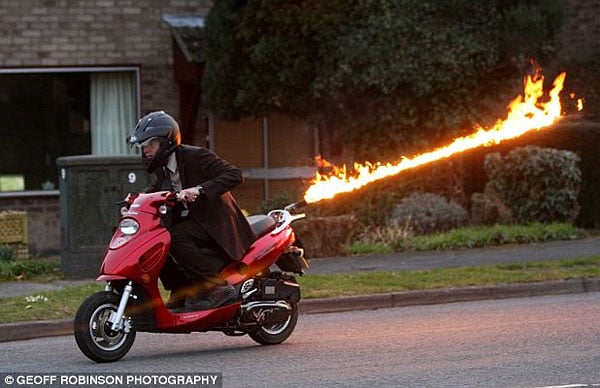 For some reason, I’m betting this thing isn’t street-legal. But who cares? It’s still awesome.

[via DailyMail via Gizmowatch via Slashgear]