Thanks to the guys over a MacRumors, we now know a way to figure out a way to determine what iPad apps are on the horizon for launch day next week. 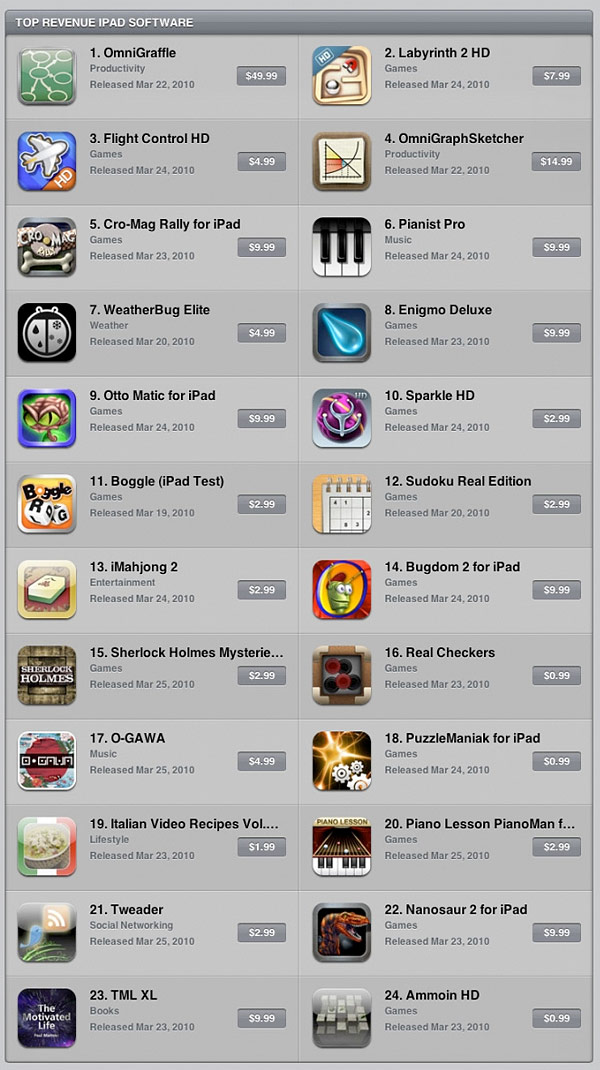 According to this screenshot, some of the games we can look forward to getting all fingerprinty over on April 3rd include: Flight Control HD, Labyrinth 2 HD, and Sparkle HD and Cro-Mag Rally. Apps like Pianist Pro promise a serious multitouch keyboard playing experience, and OmniGraphSketcher is probably going to be pretty slick on that big 9.7-inch screen.

From what I can tell these screens from the new iPad app store probably came from the iPad developer’s kit, but I’m not 100% certain of their origin. Of course, since these screenshots are preliminary, there are bound to be changes and new apps coming online between now and launch day.