It didn’t take long for those crazy guys at iFixit to tear down a Nintendo DSi XL. Heck, it was only released in the US yesterday! What took them so long? 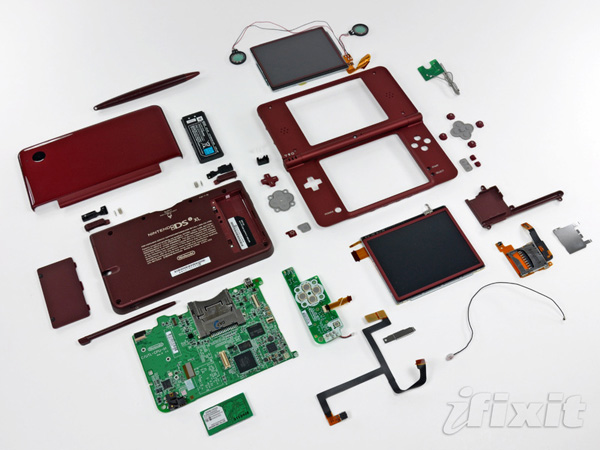 Sure, it was released a few months ago in Japan, but unless you’re a hardcore Nintendo gamer, playing all those games in Japanese doesn’t really interest me much.

That being said, I always find these sort of gadget tear-downs fascinating. I’m sure I’d be able to tear down any gadget too. The only trouble I’d have is if I had to put it back together!