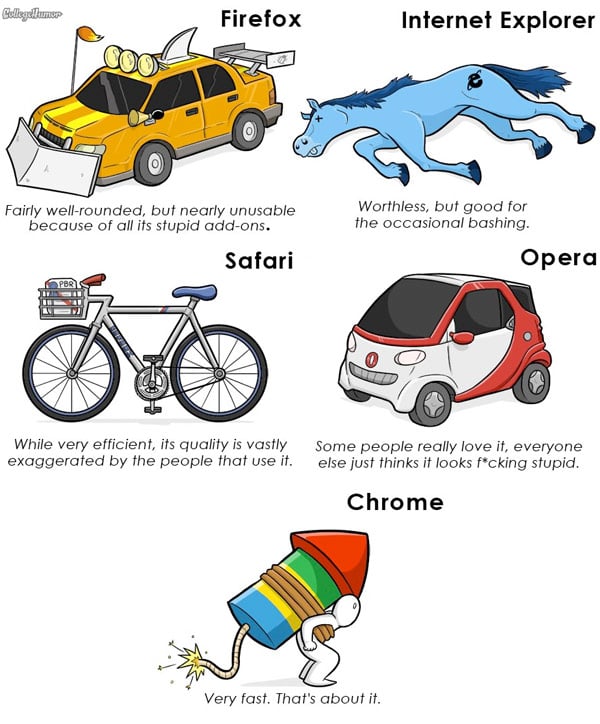 I found this hilarious, especially when I saw what he chose to represent Firefox. I use Firefox as my main browser, but it’s true that it can quickly become overloaded if you use too many add-ons or extensions. A fresh install is always nice when those memory leaks start to bog you down.

I do use Chrome sometimes, especially if I don’t want to open all of my saved tabs in Firefox, I’ve also noticed that it’s pretty fast, though in my unscientific tests, it’s not faster than Firefox. Still, Chrome and Firefox are getting more and more extensions and add-ons.

Which browser do you use most? And don’t say Lynx.