Peppy the Robot Wants What It Can’T have

…just like a certain species. While Peppy can’t walk or talk or hold things like other advanced robots, he’s been programmed to exhibit a very human trait: discontent, and in a way, greed. By default, Peppy wants to get a hold of his green balloon. However, Peppy has been programmed such that as soon as he has it in his clutches, he becomes obsessed about the red balloon. 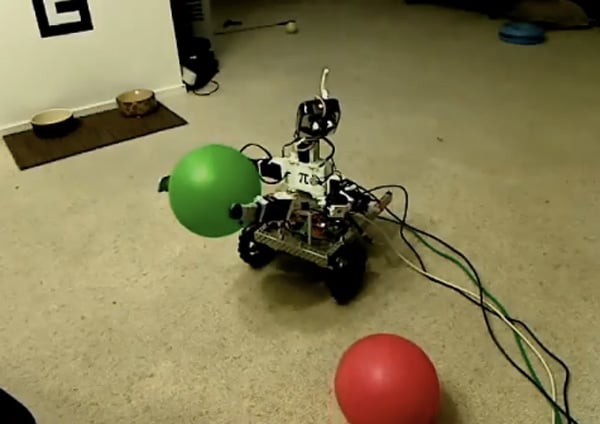 Watch as Peppy demonstrates the cause of half of the world’s problems:

Until his programming changes, Peppy’s going to be one frustrated robot. Of course, Peppy’s creator Patrick Goebel could just give him some extra arms.