This is something that I expected to maybe see in Japan, not Thailand. After a bit of investigation, it turns out that the robots don’t serve you sushi, but Shabu-Shabu (hotpot) and BBQ, which you cook at your table. 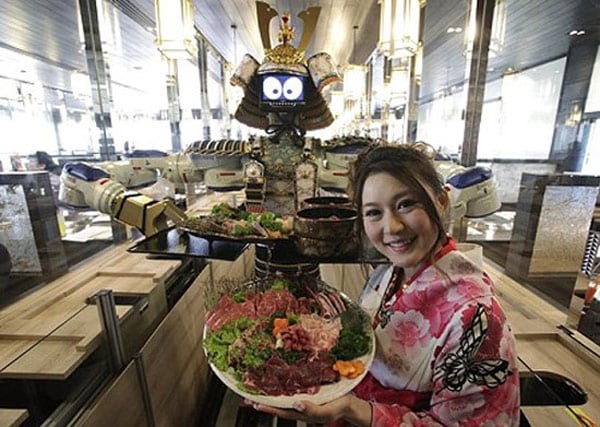 These types of eateries are very common in Asia. You get a bunch of meat and veg, and you cook it up in your own little hot pot. The Hajime restaurant is operated by Lapassarad Thanaphant in Thailand. She spent over 30 million baht ($930,000 USD) on these automatons that were created in Japan, of course.

Customers get their orders in via a touchscreen, and the robots deliver food and clear it away. The robots can also do a little dance and are dressed up as samurai. Why? Why not?