The big news this weekend (and last week and this week for that matter) was the launch of the iPad. The device landed in stores and on doorsteps on Saturday to hoards of geeks jumping up and down with glee. 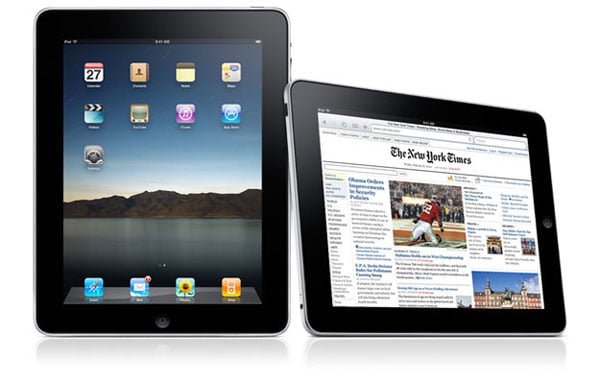 Apple has stated officially that it sold 300,000 iPads on Saturday alone. Apple says this includes “deliveries of pre-ordered iPads to customers, deliveries to channel partners and sales at Apple Retail Stores,” so while the number is impressive, it’s not nearly as high as the 700,000 numbers some were estimating over the weekend.

I had pre-ordered one a while back for myself and it came in Saturday. I really like it; it’s great for surfing the net on the couch and will happily replace my netbook. I was bummed to see when I went to grab some games made for the big screen that developers are charging much more for iPad apps than iPhone apps. Some of the iPad games were $15 (USD) or more. Does it really cost that much more to develop iPad games? I think not.