PS3 Slim Goes Kind of Portable With the Hori Dock

If you’ve ever wanted to take your PS3 on the go, this could be the best way to do so. I’ve taken consoles on the road, but it usually involved lugging an LCD display and a bunch of other stuff to make it work. The Hori docks is a lot simpler. 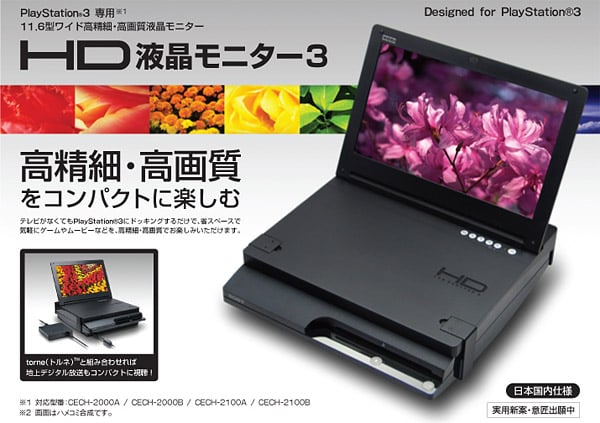 Hori announced today that they were going to release a portable LCD screen, which could be attached onto a PS3 Slim. This makes the console somewhat portable. Sure, you’re not going to be whipping it out on the subway, but it’s definitely an interesting add-on.

The 11.6-inch portable screen can handle 720p HD content too. It’s licensed by Sony and is also compatible with their TV tuner. It should be released in the US on May 27th and it will sell for about $280 (USD).