Luxury phone brand Mobiado prides itself in crafting unique phones. The company was one of the first to use materials such as aluminum, wood and even meteorites. Their latest design is the CPT001, a cellphone with a body carved from a single block of marble. Knowing that the company has made a phone using space rock, the CPT001 is tame by Mobiado’s standards. 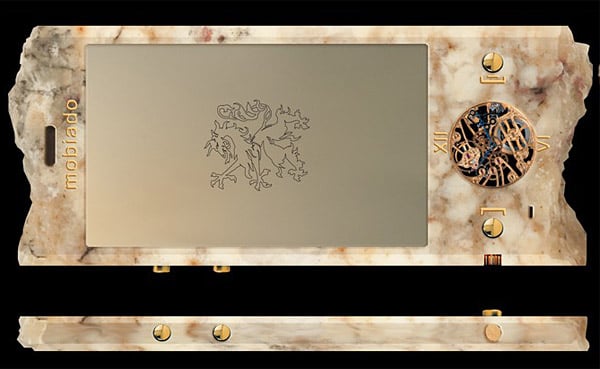 Obviously a phone made out of marble isn’t weird enough, so the CPT001 also has solid gold buttons, with a gold mechanical watch at the bottom. The watch has of course a golden crown. The phone is also filled with gold engravings and letters. And the touchscreen? Made from a single large piece of sapphire. I think only the Creator himself is entitled to own can afford can make can carry the CPT001.