Or maybe even a Bondi Blue iPad. The de Blob of the gadget world, Colorware is pleased to announced that they’re now selling custom colored iPads. Colorware offers a wide range of colors for the iPad’s body, Apple logo and home button. Here’s an LA Laker-ish color scheme that I cooked up. 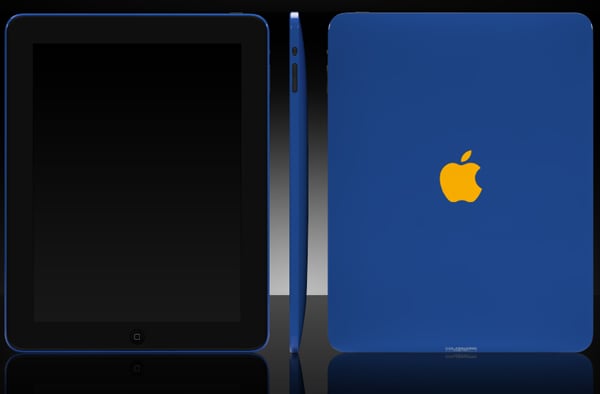 It’s not purple enough, I know. It’s not even purple. You can create your own color scheme at Colorware’s website. If you don’t have an iPad yet, you can buy a custom colored one straight from Colorware; the gadget plus the custom colors costs at least $900 (USD). But if you already have an iPad, you can send it to them to be colored, in which case it will “only” cost at least $400. The final price will vary depending on the colors chosen.

Would you rather buy two vanilla iPads or get one customized iPad? No word yet if Colorware will customize the JooJoo. They probably won’t.