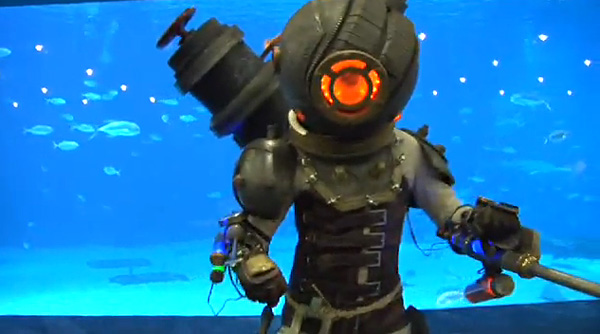 When Bioshock was released, Nathan Sharatt made a Big Daddy costume. Now that the game’s sequel is out, it makes sense that he’d make a Big Sister costume too. What’s mind-boggling is how complex the costume is:

Who helps Big Sister put her armor on? Does she even take it off?