This insane looking computer setup lets the guy controlling it play numerous MMORPG sessions of the same game at the same time. 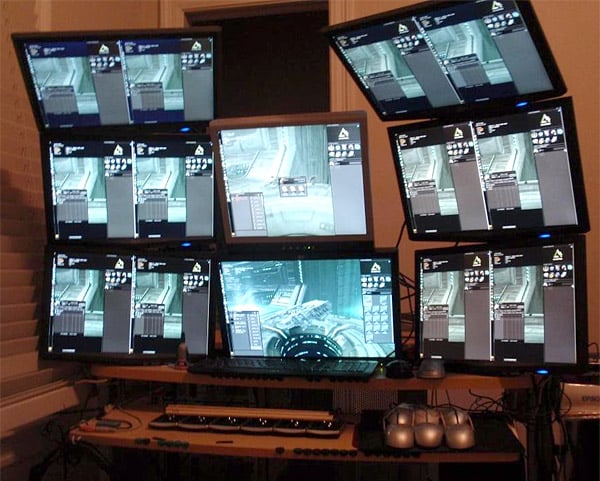 Hacked together by Zhek Kromtor, his computing rig is used for playing multiple rounds of EVE Online simultaneously. It looks like he’s able to play 12 games at once, thanks to his giant multi-mouse and multi-keyboards, held together with dowels, and tape. 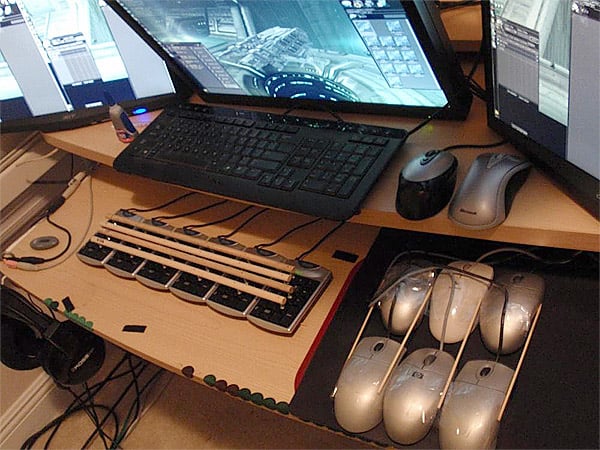 Apparently Kromtor was banned by EVE because they thought he was using software macros to hack into the game. But using multiple actual computers isn’t against the games’ terms of service, so that should do the trick. 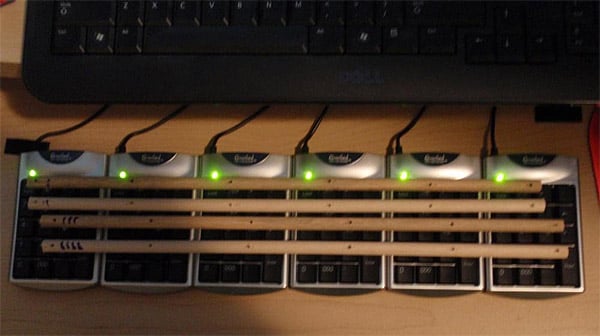 Frankly, I can’t imagine anything in EVE that would make me build something like this, but Kromtor deserves a pat on the back for his MacGyver-like ingenuity, and anyone who works this hard to push the boundaries of the rules deserves a gold star in my book.