This bar of soap is perfect for any Star Wars fan. Han Solo is more than a scoundrel, since he’s been frozen in carbonite and ready to lather up to clean your various bits. 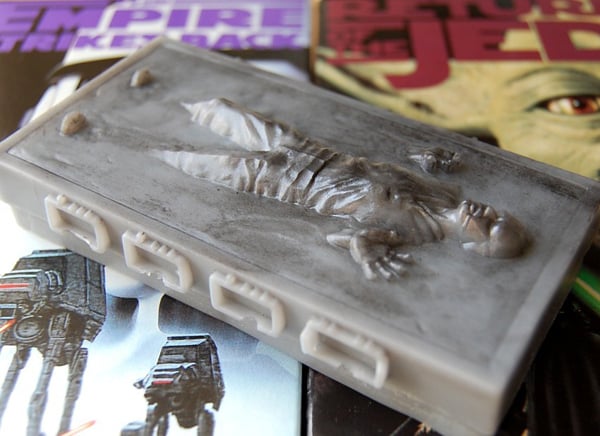 From the photos that I’ve seen, this is a pretty good likeness of Solo frozen in carbonite from Empire Strikes Back. Alright, so this is only a bar of soap, not carbonite. Instead, these bars of soap are made from pure olive oil, shea butter, and aloe vera. Still, it’ll make you smile each morning when you get into shower (until it melts). 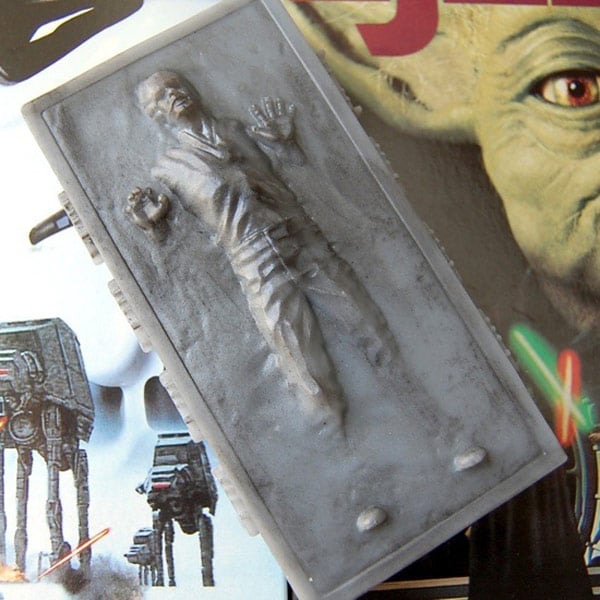 They are available for $6.50 at Luxury Lane and are actually made by hand! The only bad thing is that he won’t look like Han Solo for long!