Now that you just ditched your new flat-panel for one that supports 3D, Sharp has one-upped the competition with the announcement of the first 3D sets that use 4 pixel colors (RGBY) instead of just 3 (RGB). 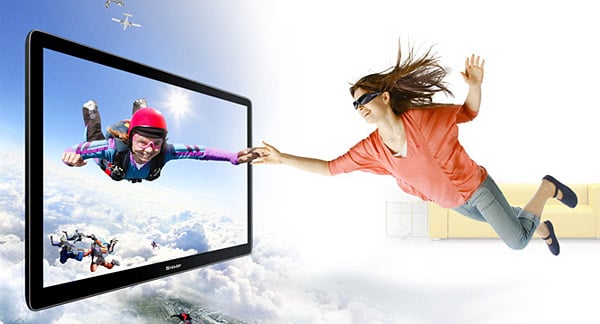 According to Sharp, their new 3D LCDs  will offer greater color saturation and depth than conventional 3-color LCDs. In addition, the new sets will feature technologies which are said to increase brightness by as much as 1.8 times over other 3D displays – which often lose brightness due to the polarizing shutters on their glasses. 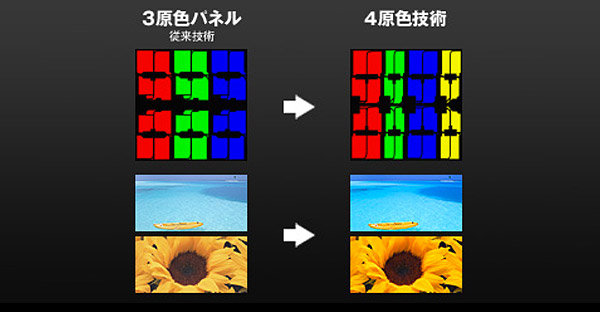 To be more precise:

“The newly developed 3D LCD by Sharp offers a radical new solution… by combining four of Sharp’s unique, one-of-a-kind LCD technologies, including (1) UV2A technology, Sharp’s core technology for LCD TV panels, (2) four primary-color technology, (3) FRED technology, and (4) side-mount scanning LED backlight technology. This LCD is optimized for 3D TV, as screen brightness when displaying 3D images is 1.8 times higher than that of the conventional displays, and crosstalk is extremely low. Sharp’s four-primary-color technology utilizes four primary colors, adding Y (yellow) to the three conventional primary colors of R (red), G (green), and B (blue). This technology contributes to brighter, more vivid colors thanks to higher light transmission efficiency through the panel and a wider color gamut (range of colors that can be reproduced), which had been difficult to attain on conventional three primary color displays.”

Sounds good to me. Guess it’s time to throw my lowly 3-color 3DTV in the trash.

Initially, the sets will only be available in Japan, and you can check out more over on Sharp’s 3D technology website.