Any kid in the 80’s probably had a Rubik’s Cube. You know, that impossible to complete cube puzzle game with the stickers in primary colors. I hated that thing; I always removed the stickers to win. 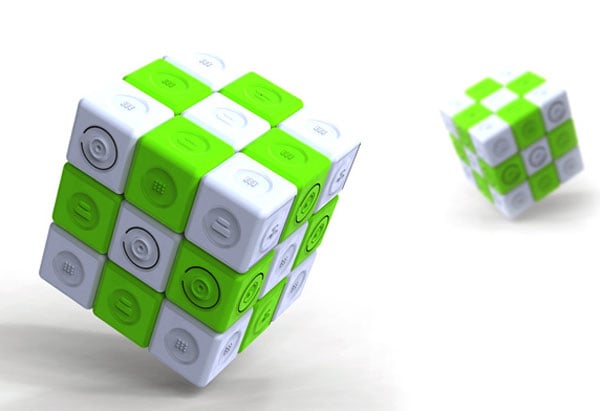 This new device charger concept by designer Zheng Weixi called the Magic Charger uses the Rubik’s Cube concept with rotating cubes of green and white. As the faces of the puzzle are moved, the motion is captured and turned into electricity. 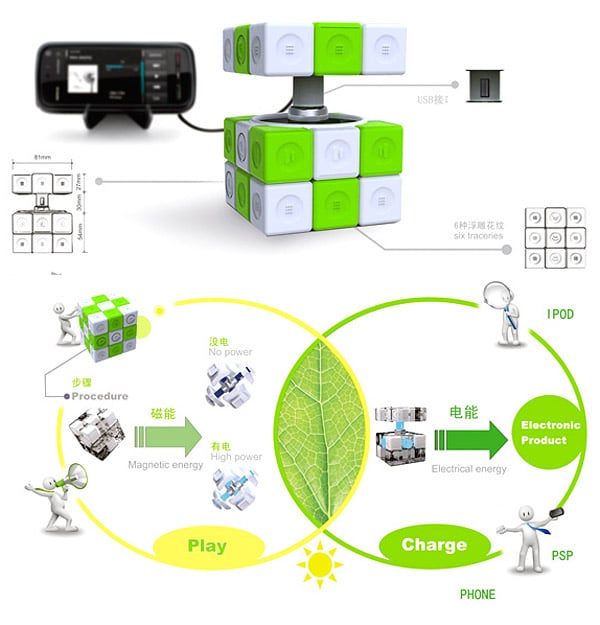 The power can then be sent to your gadgets via a USB port hidden in the core of the Magic Charger. This is one concept I never see coming to market. You would have to play the thing for a long time to generate any usable power and if you cheated, no juice for you.