How funny would it be if this thing Red Rings? And then when the owner returns it to Microsoft for repairs, it comes back with the bling “cleaned off”. 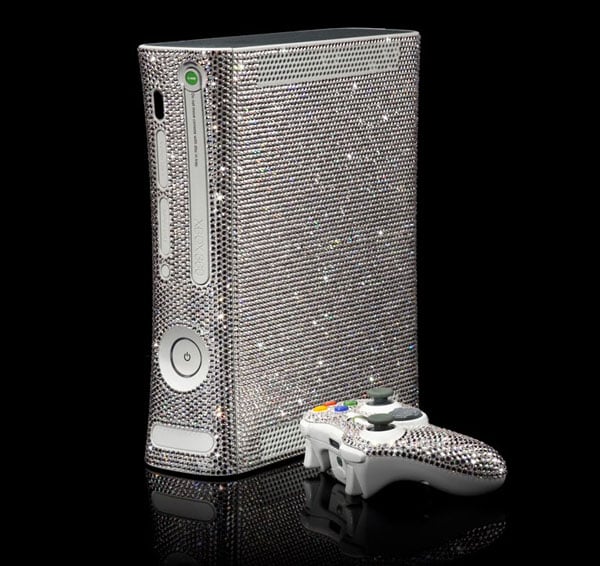 Actually Microsoft owns this special Xbox. Microsoft Australia, to be exact. They asked CrystalRoc to make several pimped-out Xbox 360s for an ad campaign. The one you see above has the most crystals – 11,520. CrystalRoc says it took them 70 hours to glam the console up.