This image is worth a thousand words: on which robot would you bet your money? My money is on Honda’s Asimo – I’m sure that he’ll kick the tower-bot’s bony ass! 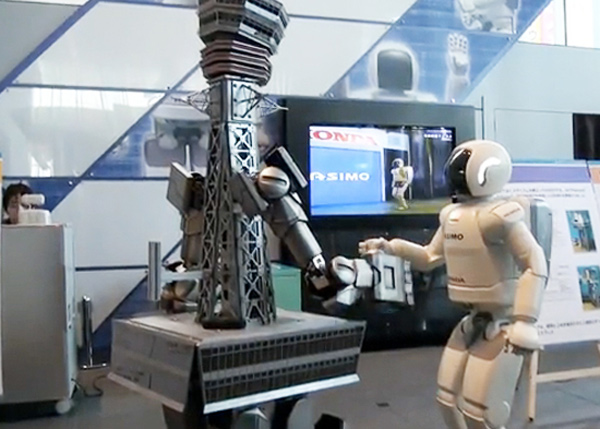 We’ve already posted about this ultra-stupid ‘bot named Tsutenkaku, which was built as some kind of PR stunt for companies in Osaka, Japan. Anyway, during the robot’s initial exhibition, it came close to this humanoid Honda Asimo.

Needless to say, it was a great moment in robot history – or not. Despite his height disadvantage, I have no doubt that when push comes to shove, the scrappy 4th-generation Asimo will wipe the floor with the 1st-generation Tsutenkaku.