In the ultimate insult to his shiny new Sony PS3, modder Baron Von Shaggy took his modern-day gaming console and shoved it inside a crusty old Compaq portable computer. 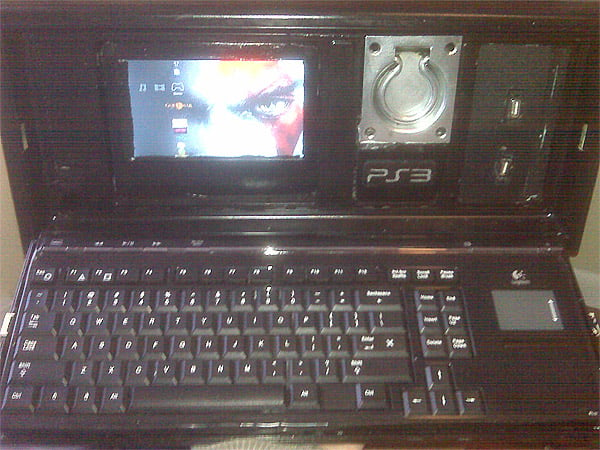 Shaggy ripped out the guts of the old Compaq, and replaced the circuitry with the boards from his PlayStation 3. While he was in there, he had to remove the crummy old green-screen CRT monitor and swapped it out with a 7-inch color LCD. He also found there was so much spare room in the case, he was able to add a retractable drawer which provides chargers for his controllers.

Even though the mod is designed to be “luggable,” it does still retain an HDMI output so he can hook it up to an external HDTV too. Check out the pics below to see the CompaqPS3 build as it evolved. 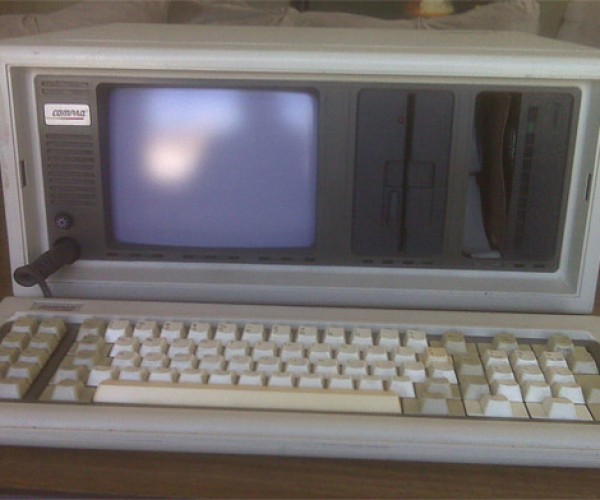 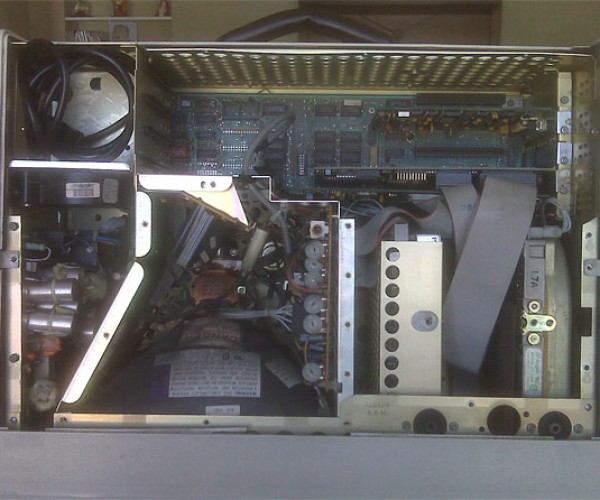 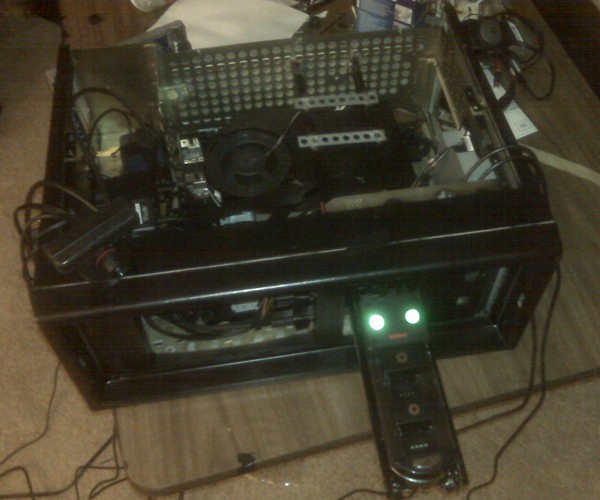 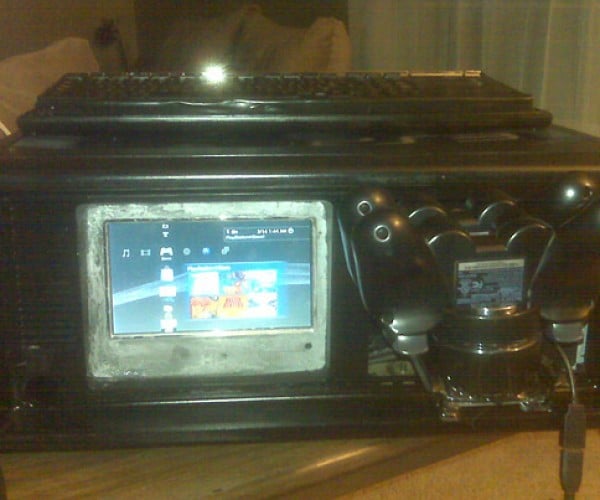 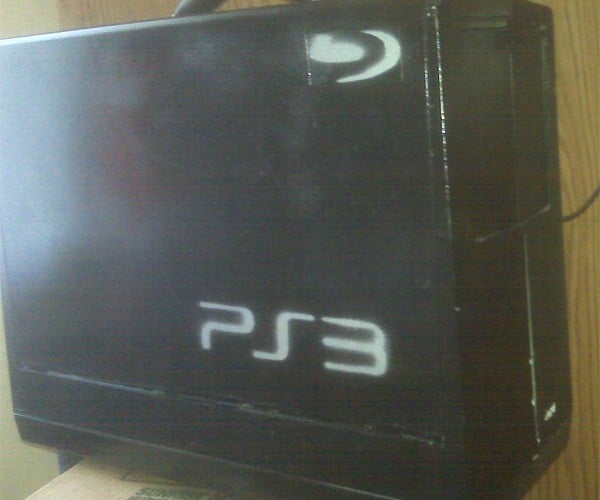 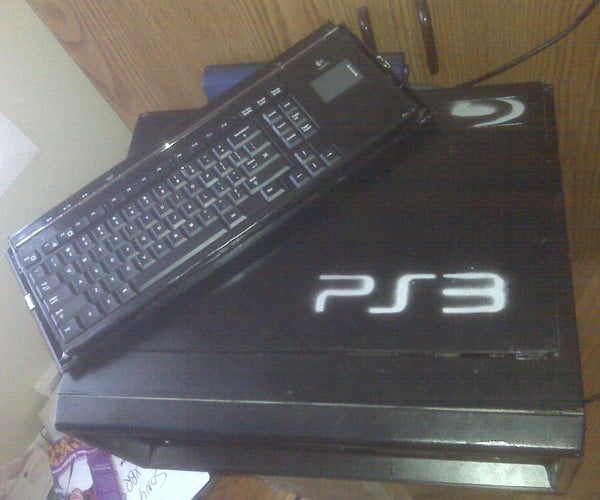 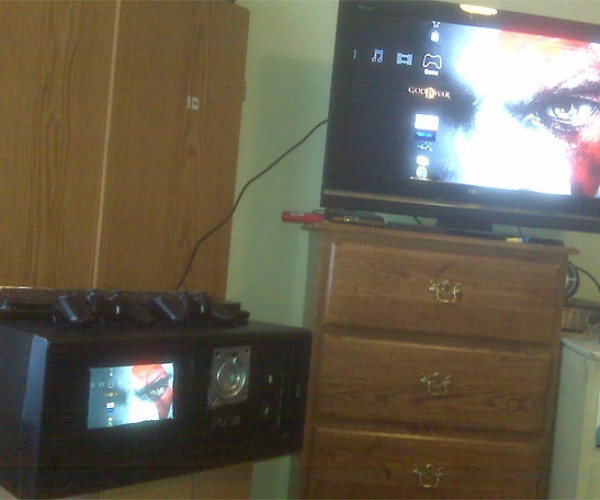 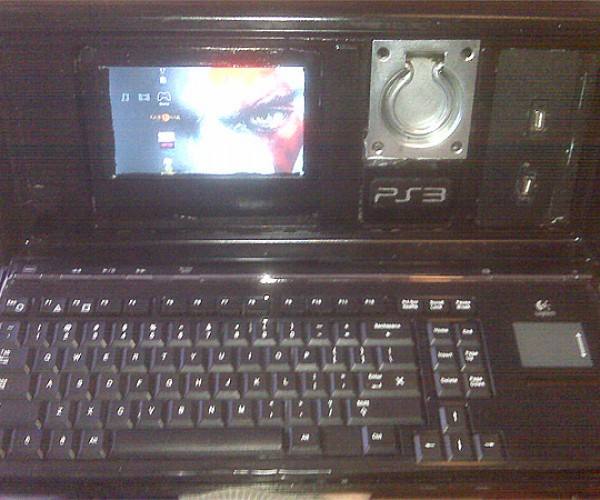 Looks like he also managed to misplace his digital camera somewhere along the way, and instead provided these grainy pics taken with his Blackberry (did he drop it in the toilet and run it over with his car too?)