Even if this robot might seem like it’s too expensive for us, those nutty Japanese apparently have money to burn on robots. At least this new robot was built for people to actually play with, not just as a demo or research ‘bot as we often see. 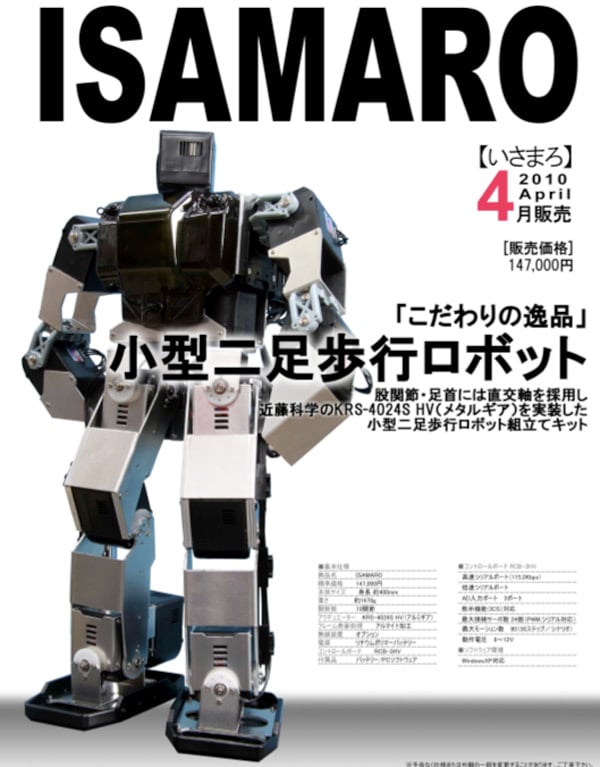 Isamaro is made by a Tokyo-based firm named Robotma. The humanoid robot itself stands a 17 inches tall and weighs a hefty 37 pounds. It’s powered by a lithium-ion battery and comes with a USB interface. The little guy has got 19 joints in his body, and the makers provide software that lets you program the robot’s every move. Naturally, this robot can be remote controlled too, via Bluetooth.

The first Isamaro robots will be available next month and they sell for about $1,600 (USD). Robotma is currently accepting pre-orders.