Kid Makes His Own iPad Stand

The day my iPad came through the door, my kids were all over me to let them play with it. My 5-year-old daughter calls it the “big iPhone” and loves to play games on it. My son likes the thing, but he isn’t a big fan of looking down at the screen for watching movies. 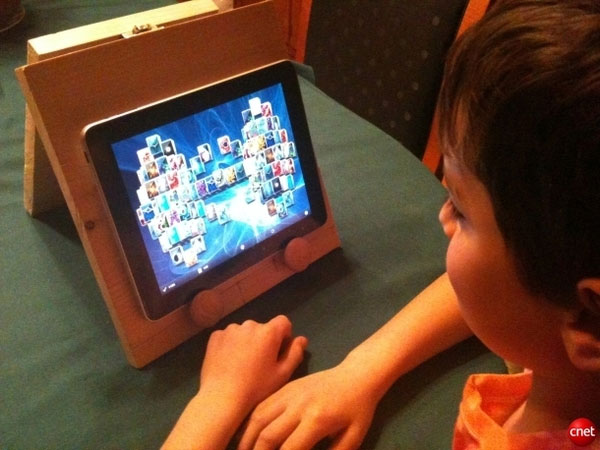 My son is nine and he isn’t very big on making anything but messes and creatures on Spore. One 10-year-old over in New Jersey decided he needed a better way to use his iPad so he put together his own iPad stand from $13 worth of wood.

The stand appears to be made from a couple boards, a hinge, and some drawer knobs. For all I know the kid made it from the remains of the furniture he destroyed while mom and dad weren’t watching. The thing is cool though and it’s nice to see a kid solving problems on his own.