I wondered how long it would take for someone to hack the Amazon Kindle in order to play games. Unfortunately, from what I’ve seen, the games don’t look all that cool on that monochrome e-ink screen. 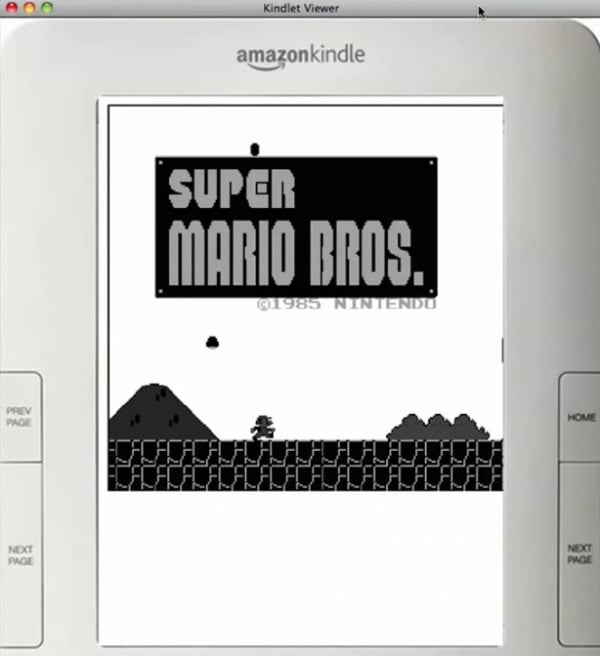 In this video, the Kindle plays Super Mario Bros and it’s got no sound, it’s slow, and it’s only available in black and white. On top of that, it’s also buggy and you can’t control Mario all that well, but it’s a start, I suppose.

This emulation was made possible by KLab, a Tokyo-based company. Tetris and Load Runner are also available.