Actually, I’m not sure you can actually refer to a Transformer as a balloon “animal”, so we’ll just call him a balloon robot from here on.  This 7-foot tall, 5-foot wide Optimus Prime was made from over 500 balloons. 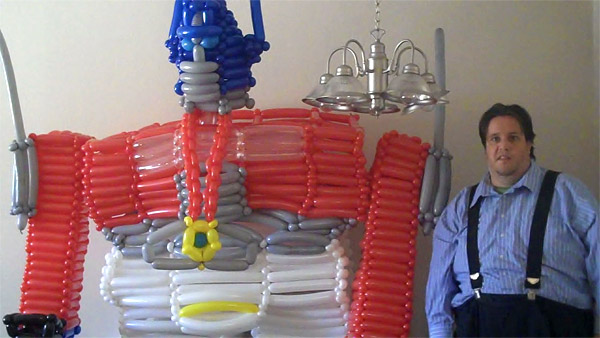 Balloon sculptor HappyCabbie first made a Megatron sculpture a couple of years back, but it looks like decided his Transformer balloon robot army wouldn’t be complete without good old Optimus Prime.

It took Cabbie two full days to create his inflatable masterpiece, presumably because he kept running out of breath.

[via Brain Craft via Walyou]