Chomping at the bit (or is that champing at the bit?) to get your hands on 3D Dot Game Heroes for your PS3? With the game hitting consoles on May 11th, you won’t have to wait much longer. But while you wait, Sony has released a brief (and humorous) video which shows off a glimpse of the game’s unique character creator. 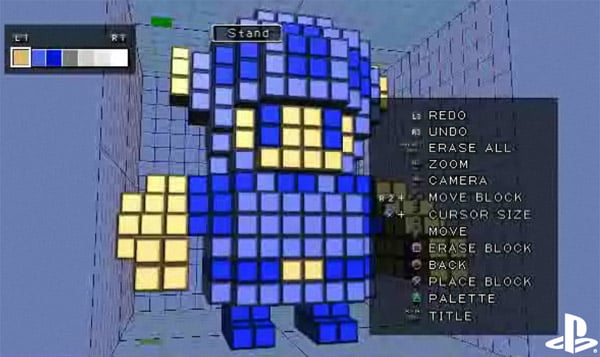 From the way things look, you’ll be able to make just about any dot-game persona or weaponry you want, simply by moving bricks around on a 3D grid. While I understand how that would work to create the pixelated characters of the game, I’m not sure how they made that decidedly un-pixely weapon that looks like a fish. I guess we’ll just have to wait a few more weeks so we can try it out for ourselves.