Beetlecam Wildlife Robot Gets Up Close and Personal With the Lions

Since they don’t have feelings (yet), it’s an obvious use for robots to send them into the battlefield to disarm bombs and IEDs. However, this is the first time that I’ve seen a robot used to do something that could be equally as life-threatening: getting face-to-face with untamed wildlife. 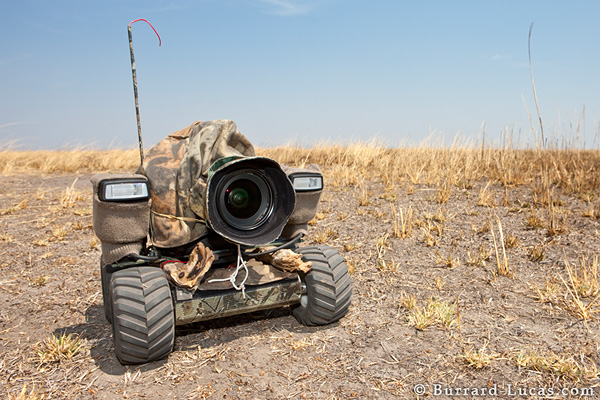 The BeetleCam was created by Will and Matt Burrard-Lucas and was designed to take closeup photos of the wildlife of Africa, including elephants and lions. The trouble is that there is a DSLR in there. This means that if those temperamental animals decide to squish it, they’d loose a few thousand bucks, depending on the camera they chose to use.

It actually has a Canon 400D under the hood, so that’s not too bad. I have to say that the BeetleCam has already managed to snap some amazing photos, since it can be remote controlled from a Range Rover at about 50 yards away, its operators safe from attack – assuming lions don’t eat Range Rovers. 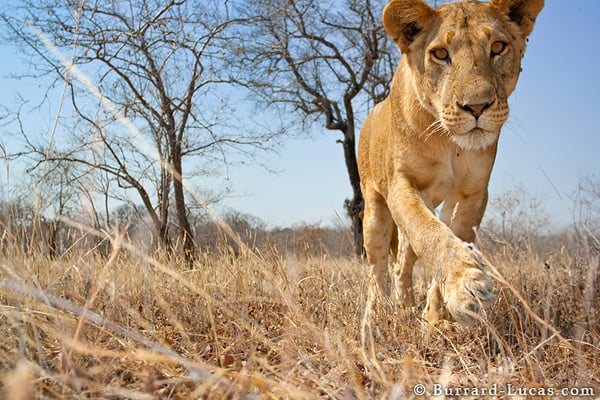