One of the best things about robots is that they’re not alive, which means choosing between a robot and a human to perform a risky task is a no-brainer. If it gets wrecked, no one’s going to be in pain or grieve. Except probably the accounting department. When robots become self-aware this is probably one of the reasons why they’ll want to kill us all, but for now we can enjoy imagining cool and practical concepts like Cynomy, a remote-controlled demolition robot. 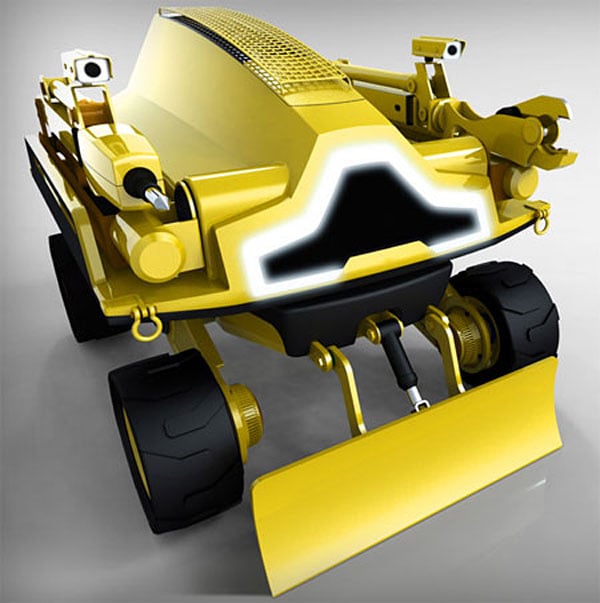 Designed by S. Dogan Sekercioglu, Cynomy is meant to be used in hazardous environments like nuclear plants, chemical factories, sewers, my bedroom etc. She has two robotic arms that are controlled by a human operator’s own arm movements, and can be fitted with different tools depending on the need. Instead of air, her wheels have electric motors, which she can synchronize and even move in opposite directions, allowing her to turn in tight spaces. 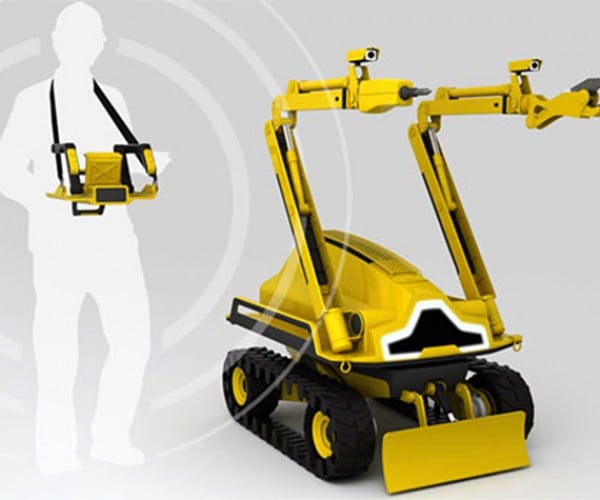 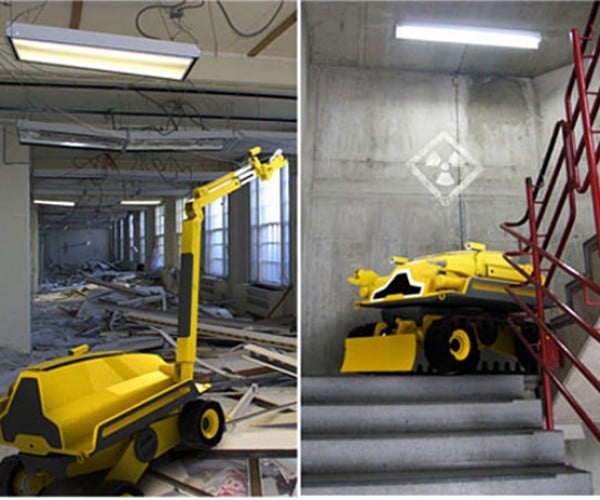 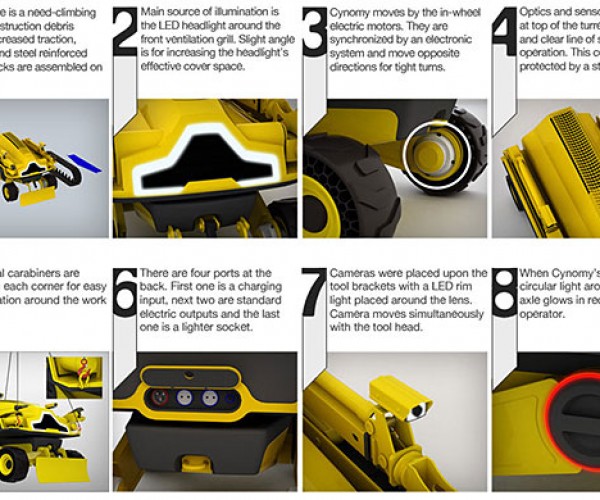 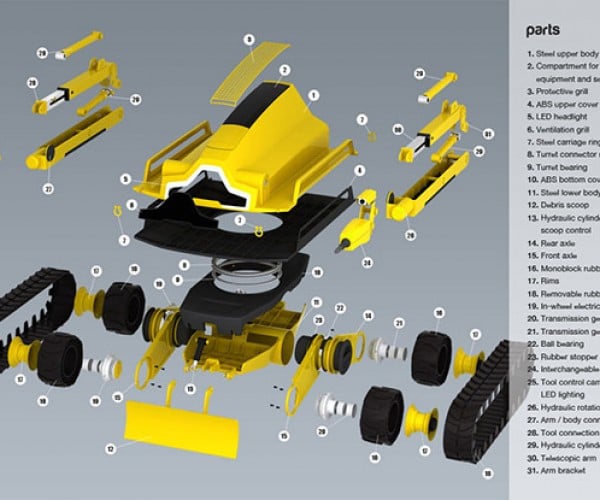 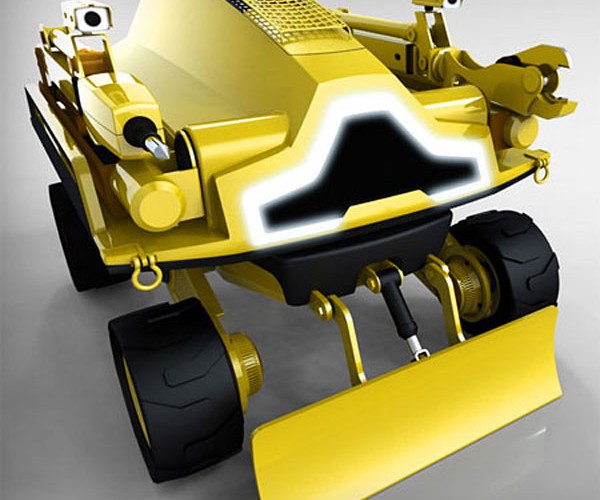