Got Some Spare Cat5 Lying Around? Why Not Make a Self-Portrait?

If you’ve got a bunch of spare network cable or wires lying around? Maybe you should try and make something constructive out of them, instead of letting them accumulate dust. How about a self-portrait? That’s just what Los Angeles artist Kasey McMahon did. 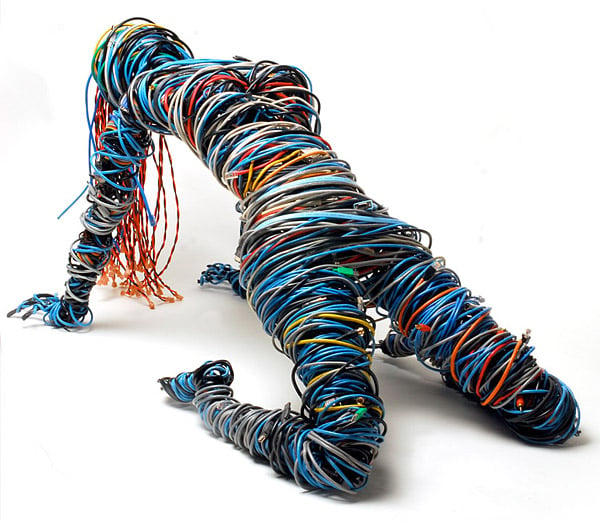 This piece is called Connected and it looks awesome. Apparently, she didn’t just use CAT5 cable, but a bunch of other cables as well. Of course, if she only used wire, they whole thing would have collapsed into a pile of spaghetti, so she had to cheat a little bit and include some steel structure under the cables to hold the sculpture in place. 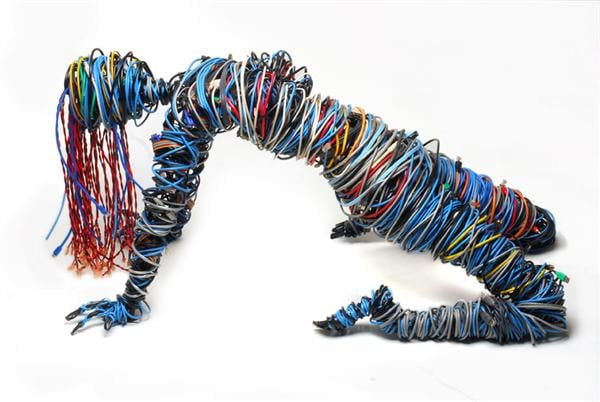 What would you make if you had a bunch of spare cable lying around, and the artistic talent to pull something like this off?