I always knew that a mod like this would pop-up: a cuckoo clock modified to display tweets, complete with a blue cuckoo. 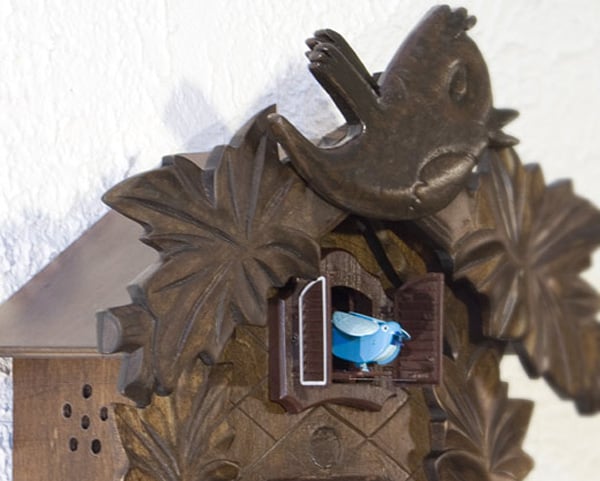 Haroon Baig calls his mod the Twitwee Clock. Based on an Arduino controller board, it displays an analog clock as well as tweets on a small touchscreen. It can monitor any Twitter search or stream, and will of course alert you with a cuckoo if it detects a new tweet.

Check out Baig’s website for more pics and info about the clock.

[via Wired via Newlaunches]