Remember that scene in Star Wars where that ugly, trash-talking green slimeball Greedo gets in an argument with Han Solo, whips out his gun and ends up getting shot? Now you can recreate that scene (with your friend playing the part of Greedo, that of course) with this awesome papercraft DL-44 gun – the same weapon donned by Solo in that fateful scene. 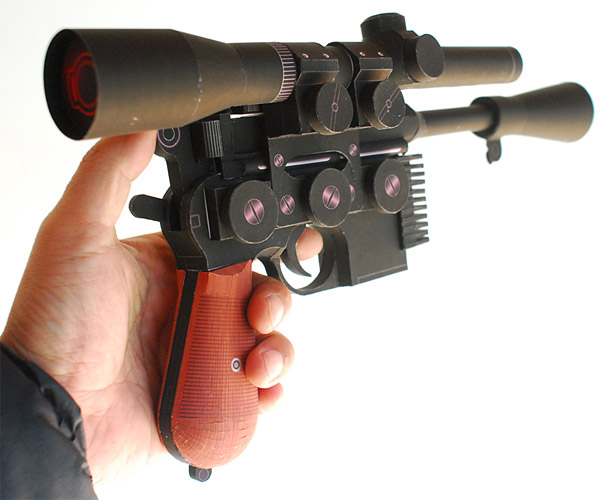 The intricate papercraft kit from Uhu02 has every detail of the original, right down to the trigger, scope, and mysterious looking knobs on the sides of the gun. 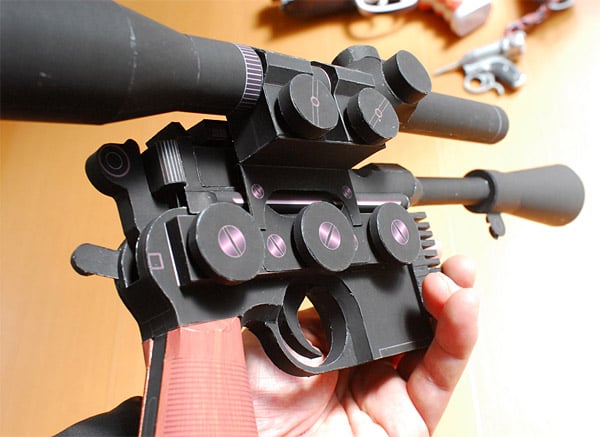 Assuming you’re adept with an X-Acto, tape and glue, you can make one for yourself by joining the Zealot Hobby Forum, becoming an active user, then downloading the pattern here. If you’re like me, you’ll probably just get tape and glue stuck to your fingers and end up cutting yourself and bleeding to death. Or maybe you just won’t ever get that far since the Zealot Forum only lets serious papercraft fanatics download files. 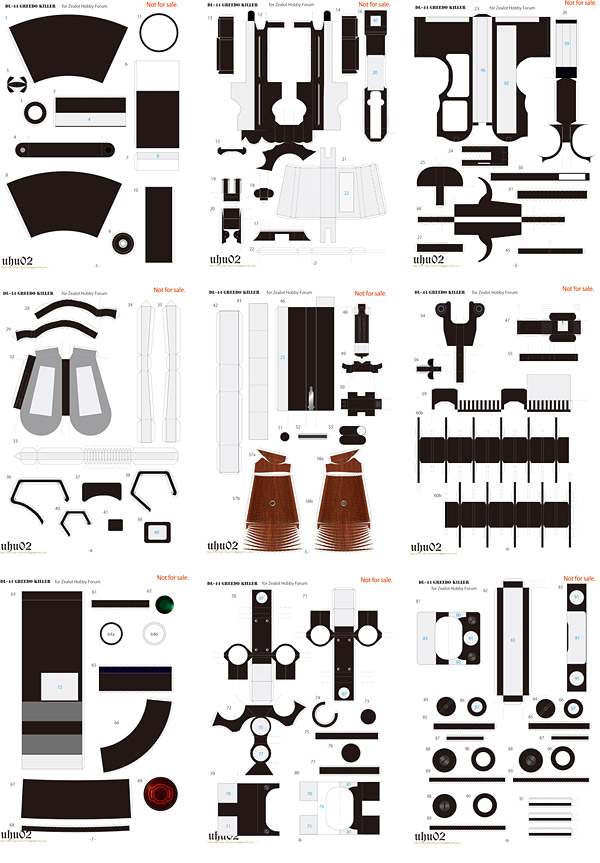