Into64: Another Portable N64 – This One Looks Good

Respected British console modder Bacteria has just unveiled his latest handheld creation, the iNto64, a shrunken version of the full-sized Nintendo 64 gaming console. 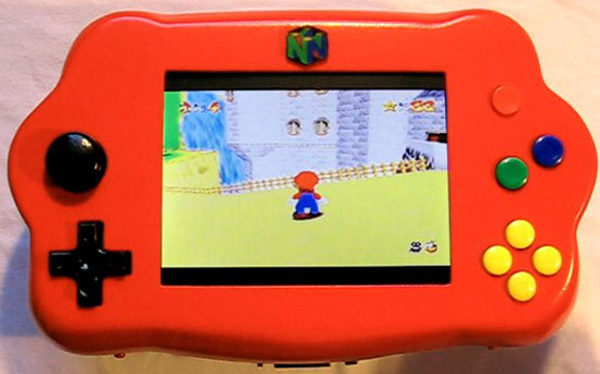 It took Bacteria about 4 months to complete this mod, but it does look like it was worth the effort. The iNto64 has built-in speakers, a 5-inch LCD screen and about 3 hours of playtime. There’s even rumble capability and a multi-function port, which Bacteria plug in an A/V cable and adjust the screen’s contrast and brightness, as well as the volume.

All in all, this is a pretty sweet setup. If you like it, you can try your own hand at creating this compact console since Bacteria has provided step-by-step instructions on how to proceed. Good luck with all that.