OLED Material Could Turn Any Surface Into a Nightvision Window

Scientists at the University of Florida have figured out a way to create a super thin film which could turn any clear surface into a nightvision portal. 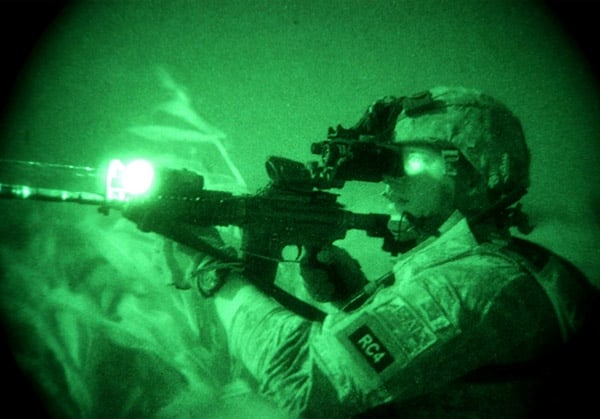 Using a technology similar to that found in OLED displays, the nightvision material uses seven layers of OLEDs, which are designed to react to infrared light wavelengths. The light passing through the film layers gets amplified in intensity by each of the subsequent layers, and the end result – light where there once was darkness.

At this point the researchers have only managed to make a 1 cm square prototype, but it’s their goal to expand the concept to eventually be the size of a windshield.

I want my all of my car windows covered with this stuff, then I want to “run dark” and drive with my headlights off.

[Discovery via PopSci via Gizmodo]