The first YouTube video was uploaded five years ago – April 23, 2005 to be exact. The site has gone a long way since then, being sold to Google for $1.6 billion, then wasting countless hours of our lives. 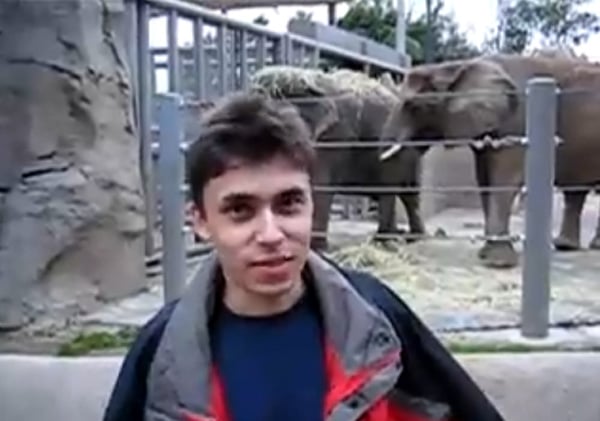 That’s Jawed Karim, one of the co-founders of YouTube. Behind him are elephants. Aaaand that’s about it. Not a promising first, but a first nonetheless.

Elephants are cool because of their long trunks. Enlightening stuff. Was he stoned when they filmed that? Probably just nervous. But if you think about it, a lot of YouTube videos are still essentially like that – pointless and time-wasting. But we’ll keep on coming back, because hey, what else are we going to do at the office?