Looks like modder Ben Heck is at it once again. He’s cranked out yet another of his wondrous console casemods – this time it’s a new variation on his earlier PS3 Slim laptop. 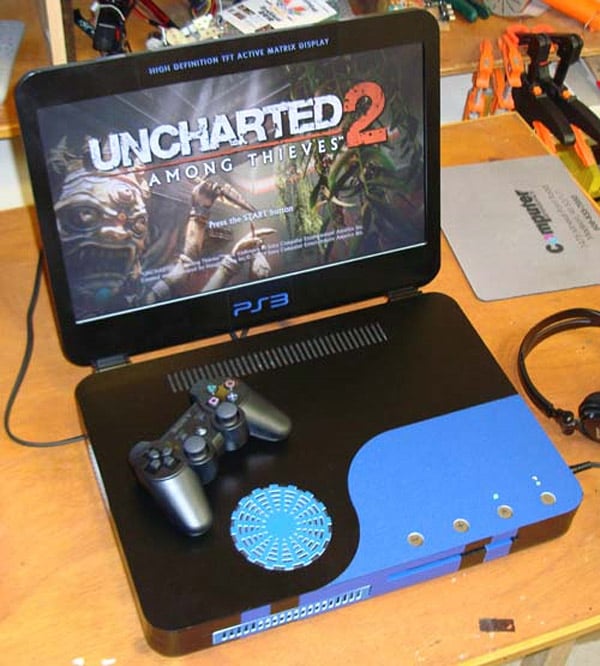 His latest take on the portable PS3 Slim incorporates many of the design elements of the first one, with some subtle changes. The biggest improvement is the detachable HDMI cable for the laptop’s 17-inch flat screen so he can plug it into an external monitor too. There’s also a headphone jack for playing games and Blu-rays in private. 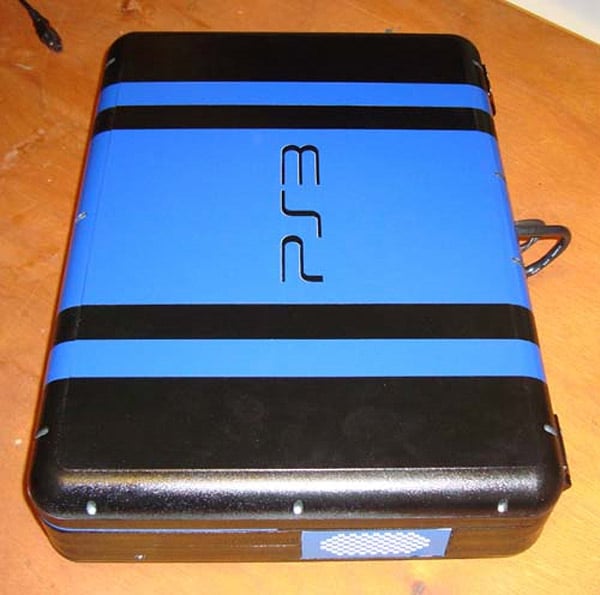 I also prefer the black and blue paint job on this one, instead of the starkness of the original. I mean really, a white and grey PS3 Slim? An Xbox 360 or a Wii I could understand, of course.

You can check out more pics and details of the new PS3 Slim Laptop (Mark II) over at Ben’s site.