In the world of computer geeks, the length of one’s e-penis is often measured by how fast your rig performs in benchmarks. There are lots of things that can be done eke more performance out of your PC, one of them is to get faster RAM. 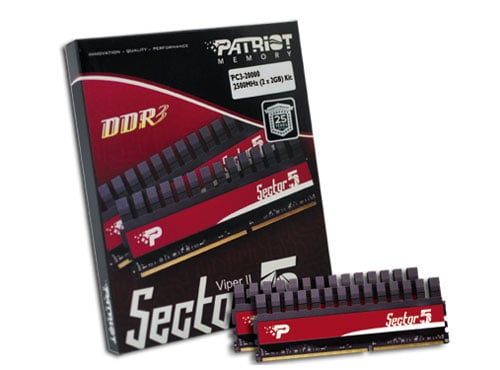 To aid you in your quest for the fastest computer, Patriot has launched a new RAM kit called the Viper II Series Sector 5 that runs at 2500MHz. The RAM is said to be the world’s fastest DDR3 memory and is for Intel P55 chipsets in machines running Core i7 processors.

The RAM operates with timings of 9-11-9-27 and comes in a kit with a pair of 2GB modules. Kits with similar memory operating at 2400MHz and 2133MHz are also available, but what’s the point if you can’t have the fastest?

Don’t you feel better now that you have upgraded to the speediest RAM in the neighborhood? You should, at least until next week, that is.