The Eton Soulra may not be as portable as, say, the foldable Origaudio speakers, but it’s a lot more powerful, and since it draws power from the sun, it’s perfect for summer outings. 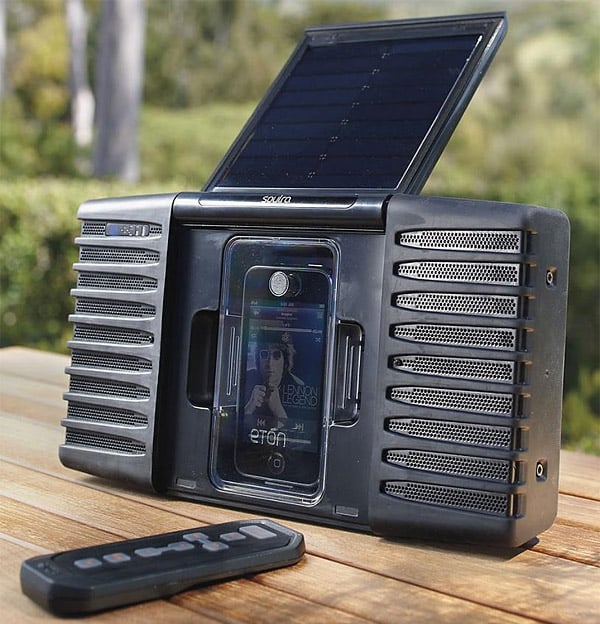 The Soulra has an 8-watt RMS speaker and can play music for up to 7 hours on a full charge. It also has a sturdy and water-resistant exterior and will feel right at home at the poolside or at the beach. But probably not in the water itself.

You can order the Soulra solar-powered speaker at Frontgate for $200 (USD). Now if only someone would come up with a sunlight generator.