I have had a couple bosses in my day that I would have totally lit up at the site of this Post-it gun. Thankfully, if my boss is a jerk today, I only have myself to blame since I work from home. Back when I had a “real job,” we would occasionally have office wars where we would throw things at each other. One guy was burned with a steam cleaner once, but serious injuries were rare. 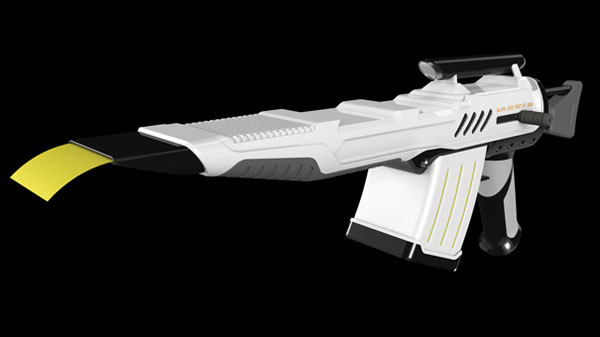 If I still worked around people that I would throw things at I would want this concept gun for sure. Honestly, I still want it. The thing has a clip that you load with Post-it notes, arguably the greatest office invention ever.

Pull the trigger on the concept and the sticky note is shot out the end for you to use. Too bad the thing can’t shoot them across the room like ninja stars. That would be perfect for those coworkers you’d like to paper cut to death.