Konnet’s already given PS3 and Xbox 360 owners a lot of love, and now it’s aiming to serve Wii owners with the PowerV Quad charger. 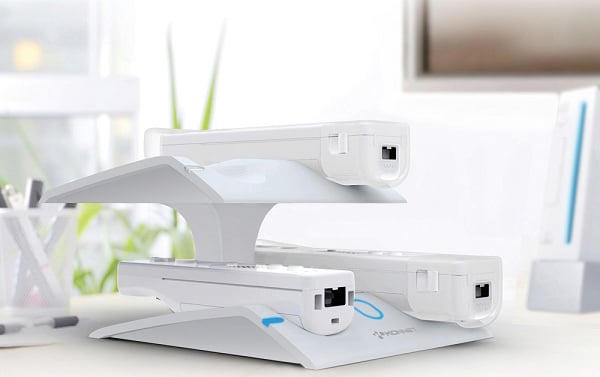 What’s neat about the PowerV Quad is definitely not it’s name, but the fact that it uses inductive charging, meaning there’s no wires or other direct connection needed. You can charge up to four Wii remotes even if they have silicon covers or Motion Plus add-ons attached; just place them over the docks and you’re good to go.