Recently, the nerds at Google had a minor eureka: not all languages use the same alphabet, and yet a large number of personal computers are equipped with keyboards that feature the Latin alphabet, which is the one used by the English language. To address this problem, there is now a virtual keyboard in Google search. 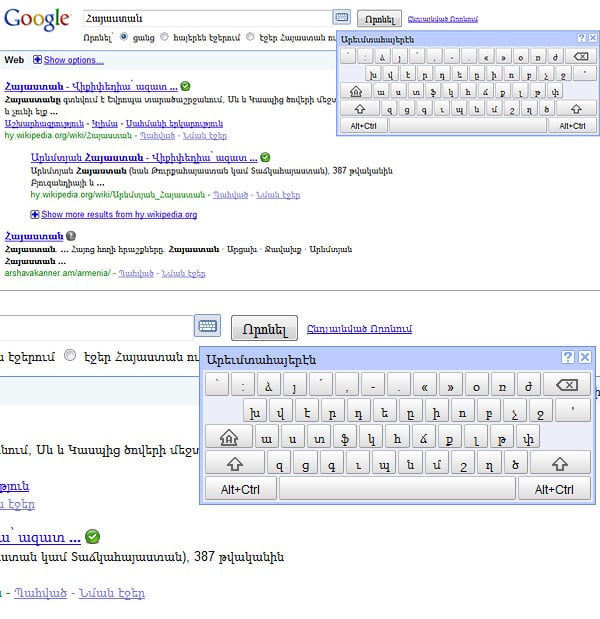 The example above shows an Armenian-friendly keyboard. Check out the official Google blog for the full list of countries with the virtual keyboard enabled. It’s a great feature, but I think you can only access a specific virtual keyboard if you’re on the corresponding version of Google. For example, to use the Armenian keyboard you’ll have to go to http://www.google.am. Maybe it’s just me, but wouldn’t it be more convenient to have the whole set of virtual keyboards available on all versions of Google? Not all Armenians are in Armenia, if you know what I mean.