Star Wars Voices on Tomtom Gps: You have Arrived at Your Death Star Nation

If there’s one thing I really love about TomTom’s GPS navigators is the fact that you can download and replace the stock voices with different ones if you’re sick of the default. So you can imagine the big grin on my face when I found out that TomTom and Lucasfilm have paired up to bring us voices from Star Wars characters. 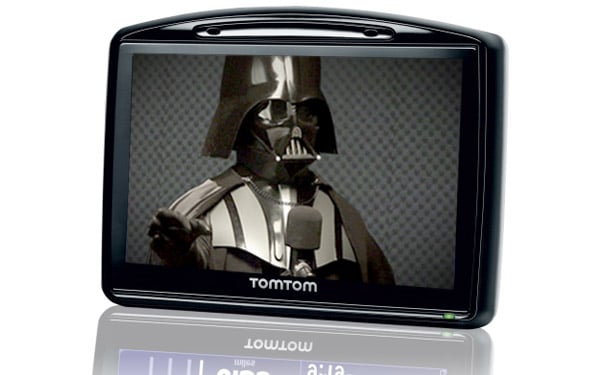 TomTom plans on selling voice tracks from Darth Vader, C-3PO, Yoda and Han Solo, but they’ll will probably sell more Darth Vader tracks than anything, as is evidenced by this hilarious clip of Darth in the recording studio laying down some phat GPS tracks.

You can get your hands on the Darth Vader sounds now over at the TomTom site for $12.95(USD). The other character voices should arrive throughout the Summer.